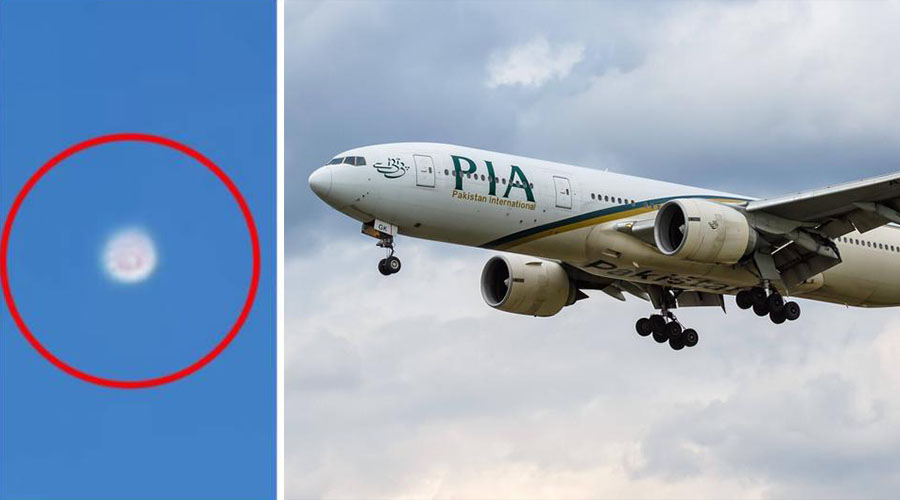 The video of an Unidentified Foreign Object (UFO), spotted in the city Rahim Yar Khan, Punjab, by PIA pilot and locals has gone viral in the country.

Pakistan International Airlines (PIA) pilot took an image of a very bright, unidentified flying object (UFO) that he spotted in the sky during a PK-304 domestic flight.

The pilot saw the UFO near Rahim Yar Khan while operating a routine flight (Airbus A-320) to Lahore from Karachi, according to sources.

“Despite the presence of sunlight, the UFO was extremely bright,” the pilot said, according to reports, adding that it is very unusual to spot such a bright object in the daytime.

According to the plane’s pilot, the thing he saw in the sky could be a space station or an artificial planet that came very close to planet Earth.

Apart from the pilot, several Rahim Yar Khan residents also spotted the shiny UFO and made videos of it.

One of the spokespersons of Pakistan International Airlines (PIA) stated that during the flight from Lahore-Karachi, the plane’s pilot spotted a UFO near Rahim Yar Khan at around 04:00 pm Pakistan Standard Time.

Whether it was a UFO or something else cannot be said for sure, the spokesman said, adding that the flight captain had instantly conveyed the detection back to the control room.

The UFO video has gone viral on social media as well, however, nothing can be said for sure about the object.

It’s too early to say what that thing was which appeared in the sky. Actually, we might not be able to tell at all what the object was. Though something was seen and it was reported in accordance with the required protocol, said the spokesman.