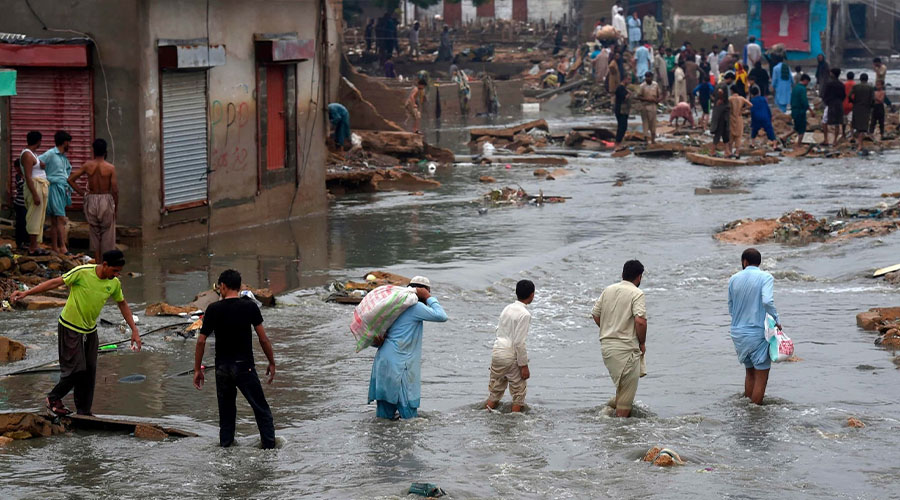 The Sindh government has decided to use the mobile banking system to disburse Rs 4.021 billion relief package among the people in the province affected by the devastating monsoon rains last year.

The meeting of Sindh Cabinet, chaired by Chief Minister Syed Murad Ali Shah was held at Chief Minister House where the Cabinet decided to use the mobile banking system to disburse Rs 4.021 billion as a compensation package to the people, affected by monsoon rain in the province.

Sindh government made this decision, keeping in view the fact that almost all such victims of weather come from the deprived areas who are not in a position to open their own bank accounts in the conventional banks.

Now the rain-affected people would be required to only present their original Computerized National Identity Cards to any of the outlets of the mobile banking system which would be existing everywhere. It will be an easy way to get the promised money from the government.

The Sindh cabinet decided to get proposals from different telecommunication companies and mobile banking firms to disburse the monsoon relief money as soon as possible.

The Sindh government also requested the federal government to take steps in the direction so that the amount to help the victims of rain could be doubled. The Sindh cabinet exempted the Sindh Board of Revenue from the rules of the Sindh Public Procurement Regulatory Authority so that the mobile banking services could be used.