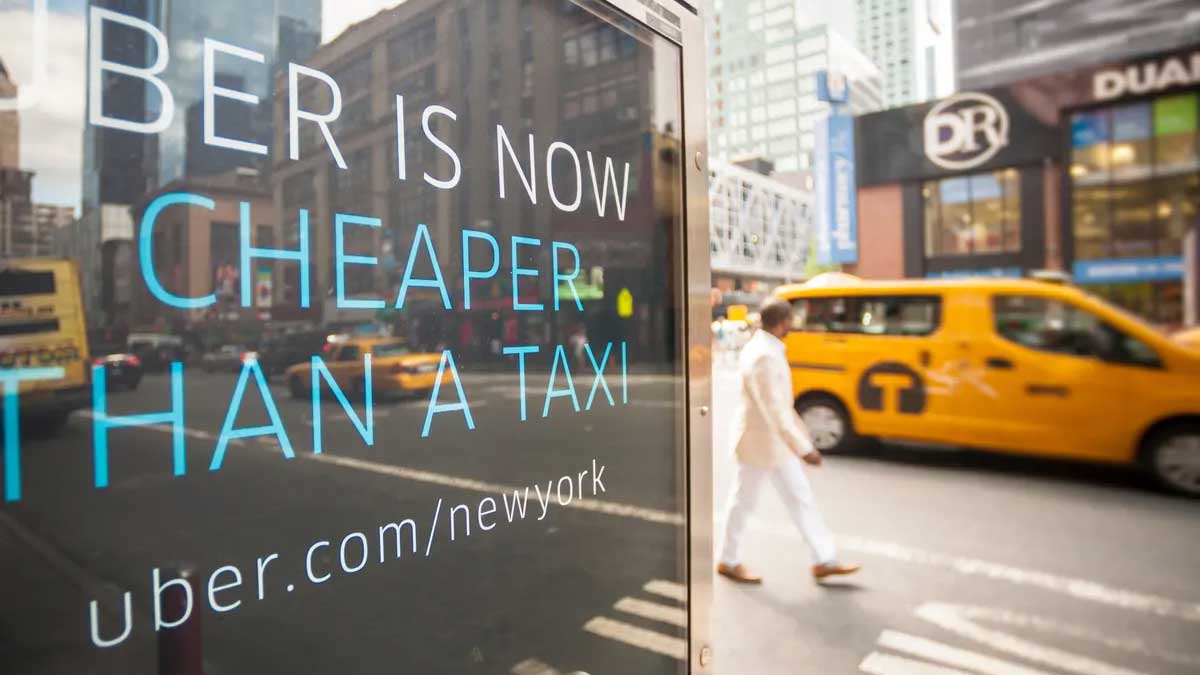 As the city recovers from the pandemic, Uber said it will engage with New York taxi networks, a longtime transportation competitor, to bolster driver supply.

Uber will connect its smartphone app with those used by the city’s 14,000 iconic yellow cabs as part of the cooperation, according to an Uber representative who confirmed a report in the Wall Street Journal.

Riders can pay with a credit card using the taxi apps developed by Creative Mobile Technologies and Curb Mobility.

On Thursday, news of the agreement propelled Uber’s stock up as much as 4%.

Passengers would pay roughly the same in either system, and cab drivers will have the option to decline rides that aren’t profitable enough.

Uber’s entry in New York in 2011 impact directly on the city’s cab network, which had previously operated as a quasi-monopoly.

In 2018, city officials put a moratorium on new rideshare driver licences after the number of people using Uber and Lyft soared to over 120,000.

The alliance comes as Uber struggles to locate additional drivers after some of them left to work elsewhere during the outbreak. Recent spikes in gasoline costs have put the business to the strain, prompting Uber and rival Lyft to tack on fuel surcharges to their fares.

The company’s collaborations with cabs “look different around the world,” according to Andrew Macdonald, senior vice president for mobility and business operations, and the latest alliance “will benefit taxi drivers and all New Yorkers.”

“I’ll tell you,” Khosrowshahi said in an interview with CNBC’s “we want to bring every single cab in the world onto our platform by 2025.”

In other countries, such as Spain, Germany, and South Korea, taxis are already available through the Uber app.