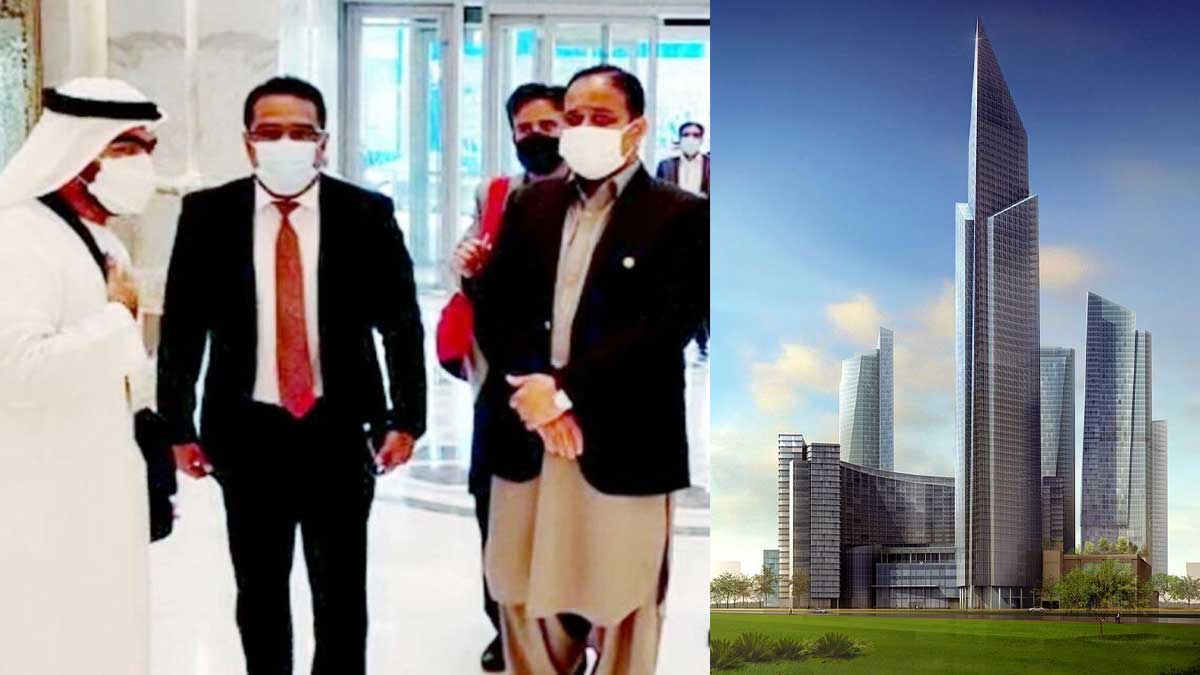 The Dhabi Group of the UAE has signed an agreement with Punjab Government to build Lahore’s tallest building at River Ravi bank, investing Rs 60 billion in the Pakistani province.

Punjab Chief Minister Sardar Usman Buzdar and the UAE Minister for Tolerance and Coexistence Sheikh Nahyan bin Mubarak penned down a memorandum of understanding (MoU) for the construction of ‘Mubarak Centre’ that will be an iconic development with commercial, residential and entertainment facilities.

The CM is currently on a three-day visit to Dubai.

During the ceremony, Mr Buzdar informed the UAE minister that the Punjab government provides an encouraging environment to foreign investors as intended by Pakistan Prime Minister Imran Khan.

“This new tallest building project on the bank of River Ravi will usher in a new era of progress in Lahore,” the chief minister said.

He further said that Central Business District Project has also been initiated positively that will draw foreign investment in the province.

Moreover, Sheikh Nahyan gave a whole-hearted welcome to the chief minister and declared making mega-investment in the construction sector of Punjab.

“A memorandum of understanding had been inked for the revival of construction of Mubarak Centre during a ceremony. Dhabi Group would construct Mubarak Centre in Lahore under the auspices of Taavun (Pvt) Ltd. The Punjab government would provide all possible cooperation with regard to the construction of the centre,” as per the official statement.

While addressing the occasion, Buzdar stated that over Rs 60 billion investment would be made in the construction part of Lahore.

“It would provide accommodation to international cricket teams with the completion of this project. It will be the tallest building in Lahore,” he added.

Applauding the head of the Dhabi Group and officials on the agreement, Usman Buzdar wished that the Dhabi Group would influence upon its professional expertise so as to accomplish the historical mega project.

“Mubarak Centre would prove to be a game-changer in real terms,” Buzdar said.

The CM added, “We have established the CM Facilitation Centre to facilitate the foreign investors.”