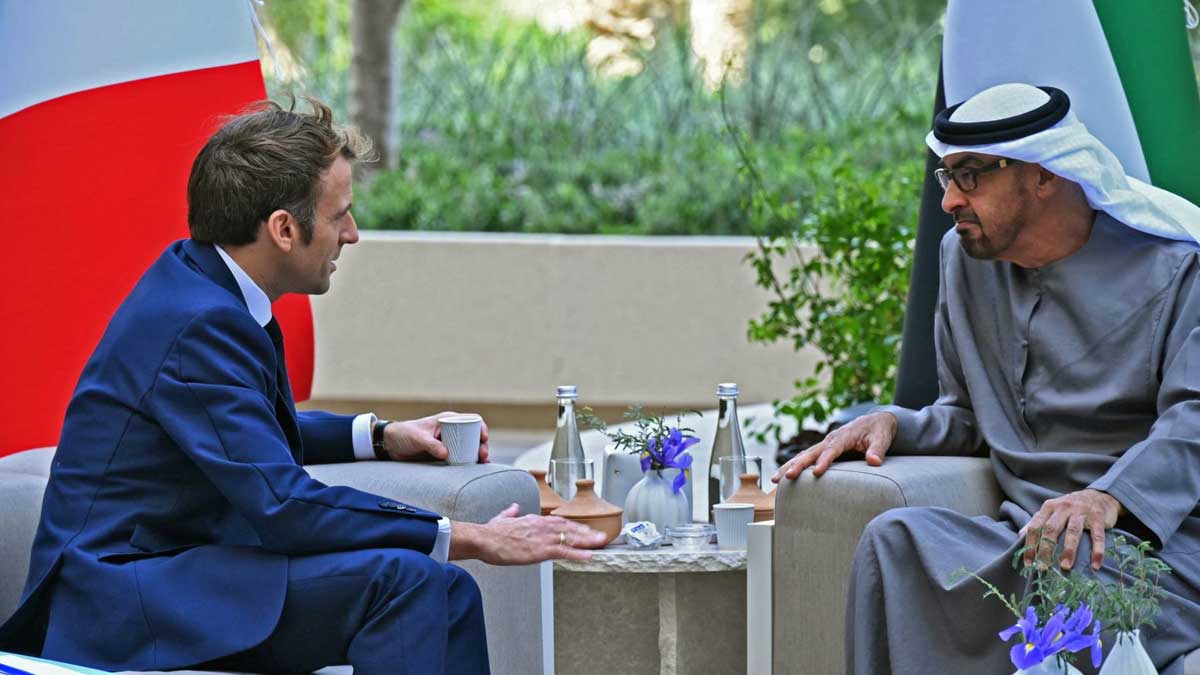 On Friday, the United Arab Emirates (UAE) made a purchase of 80 Rafale fighter planes and 12 military helicopters totalling $19.20 billion, strengthening economic and diplomatic ties with France.

As French President Emmanuel Macron began a two-day tour to the Gulf, where he also visited Qatar and Saudi Arabia, the largest ever foreign sale of the French warplane was signed.

“These contracts are vital to the French economy and help to create jobs. I am a firm supporter of what is good for French men and women “Macron told reporters that activists’ claims that French military sales in the Gulf were fueling regional crises were inaccurate.

The deal, which was signed on the sidelines of the Dubai Expo 2020 by Abu Dhabi Crown Prince Sheikh Mohammed bin Zayed al-Nahyan (MBZ) and Macron, is worth $19 billion, according to the French presidency.

Officials estimate that the first warplanes from France will be delivered in 2027 to UAE, resulting in the creation of 7,000 employment.

Macron’s visit comes at a time when Gulf Arab states have expressed skepticism about the US’s regional strategy, even as they demand additional weapons from their significant security ally.

With investments moving between the two countries, the French president has built a solid connection with MBZ. In the Emirati capital, Paris maintains a permanent military base.

The maker of the Rafale, Dassault Aviation SA, saw its stock rise by more than 9%.

It is the largest single acquisition of the Dassault-built Rafale outside of the French military, and follows transactions in Greece, Egypt, and Croatia earlier this year.

The Rafale fighter jet negotiations lasted more than a decade, with Abu Dhabi officially rejecting France’s offer to provide 60 Rafale jets in 2011 as “uncompetitive and unworkable.” Abu Dhabi already has Mirage 2000 warplanes built by the French.

The Rafale will succeed the Mirage 2000 fleet, but it is hard to replace the American-built F-35, according to defence sources, as the UAE continues to diversify its security with two key suppliers, France and the United States.

Nonetheless, the agreement might be interpreted as a sign of impatience while the US Congress considers whether or not to approve an F-35 purchase due to worries about the UAE’s relationship with China, notably the country’s use of Huawei (HWT.UL) 5G technology.

Because of the battle in Yemen between a Saudi-led coalition and Iran-aligned Houthi rebels, which has turned into one of the world’s worst humanitarian disasters, France has been under increasing pressure to reconsider its arms supplies.