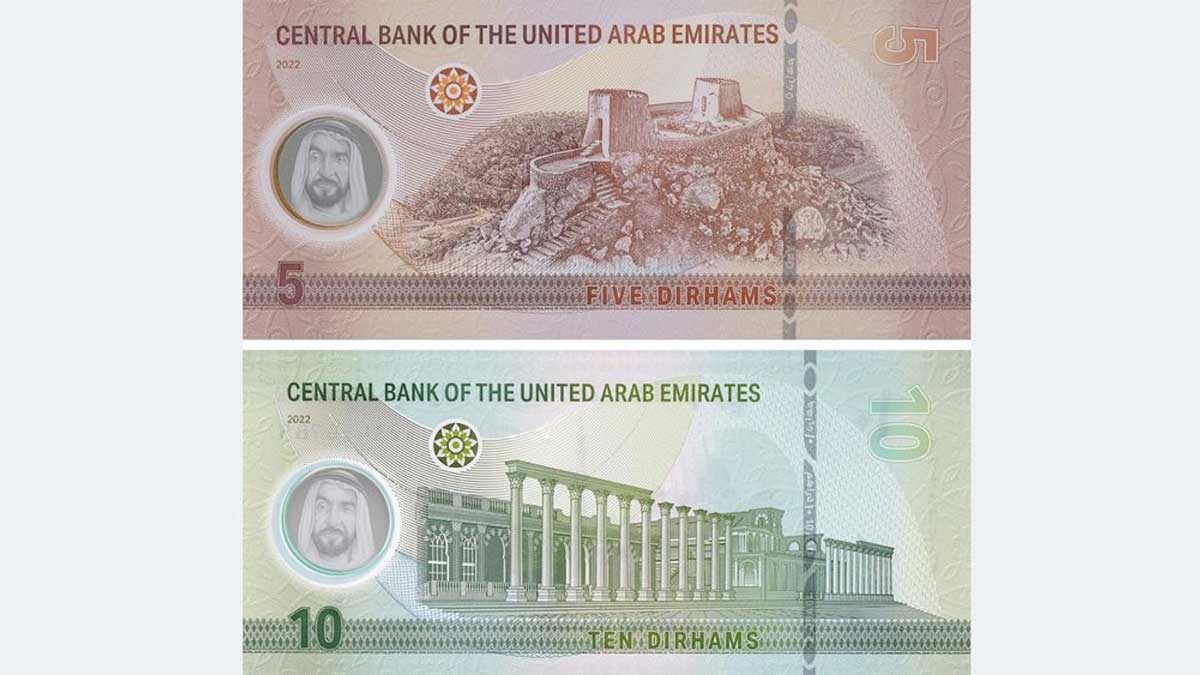 The United Arab Emirates (UAE) has launched two new polymer currency notes in the values of five and ten dirhams, each with enhanced technical and security features.

The new banknotes are the third issue of the national currency, and they symbolize the CBUAE’s goal of keeping up with the nation’s progress and vision over the next fifty years, especially in the financial and economic sectors. These currencies launched as a result of the initial success of the 50-dirham polymer note.

They are more durable and environmental friendly than standard cotton paper banknotes, lasting two to three times as long in the market.

A transparent window with a portrait of the late founding father, Sheikh Zayed bin Sultan Al Nahyan, and the logo of the UAE national brand with luminous graphics and inscriptions designed using innovative intaglio printing techniques are distinguishing elements of these two banknotes.

To make it easier for the public to recognize the new five-dirham banknote, the CBUAE kept the colour features of the same value money that is currently in circulation.

The design includes images of UAE national and cultural emblems.

The front side of the bank notes features a picture of “Ajman Fort,” an UAE old structure that bears evidence to the country’s forefathers’ cultural and historical heritage, while the back side features an image of “Dhayah Fort,” a famous cultural landmark in the Emirate of Ras Al Khaimah.

The new ten-dirham currency is the same green colour as the existing Dh10 denomination in circulation. The Sheikh Zayed Grand Mosque, a religious, national, and cultural landmark that has become a globally acclaimed destination, is shown on the front central face.

The Khorfakkan amphitheatre, one of the Emirate of Sharjah’s rich cultural treasures, is depicted on the centre reverse side.

The banknotes now include visible Braille symbols to assist blind and visually impaired people in determining the banknote’s value.

On Thursday, April 21, and Tuesday, April 26, 2022, the ten- and five-dirham banknotes will go into circulation, respectively. Current banknotes in both denominations, as well as the new polymer notes, will continue to circulate as banknotes whose value is guaranteed by UAE law.