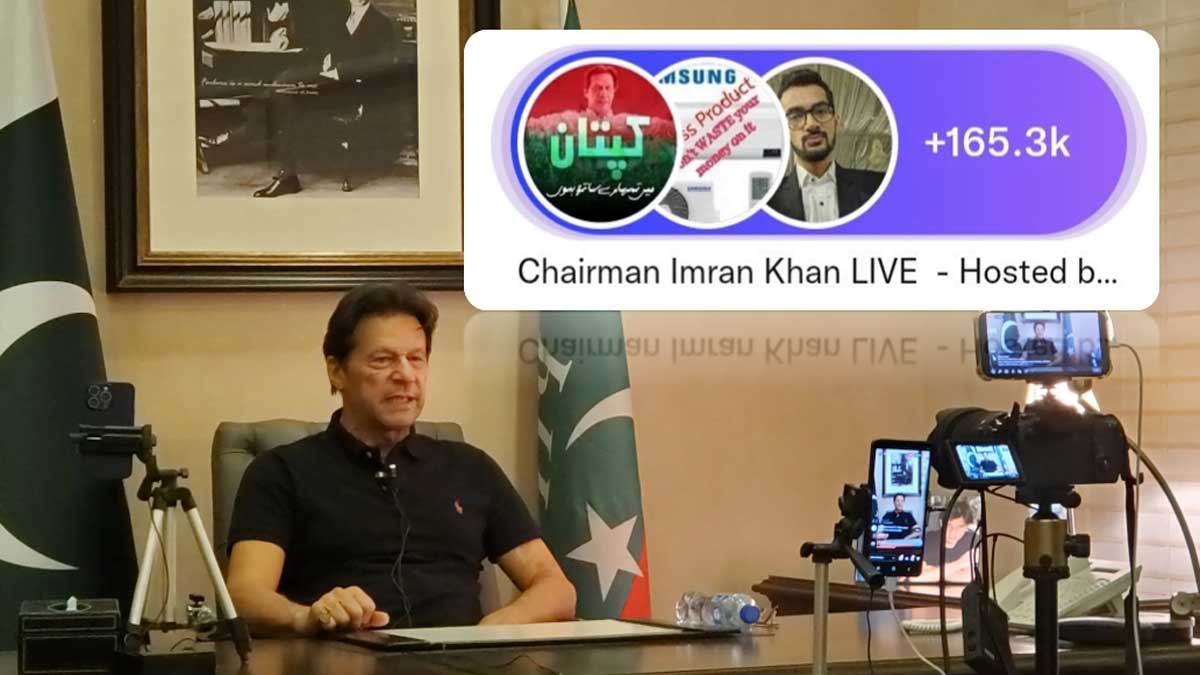 Pakistan Tehreek-e-Insaaf (PTI) Chairman and former Prime Minister Imran Khan has smashed a global record on Wednesday after he spoke in a live session on Twitter Space ahead of his party’s rally in Lahore.

An innovative new feature of the social media platform, Twitter Space permits live conversations and unfiltered discussions. Throughout the PTI chairman’s session, more than 1 million people tuned from all over the world to interact with Imran.

The session was curated and anchored by Jibran Ilyas and Dr. Arslan Khan on Wednesday night at 10 pm local time.

According to the reporters, almost half a million users positively interacted with Imran Khan with an average of 165,000 customers listening at a given time. Previously, the record was held by K-POP Lyrical Space with above 44,000 listeners.

Imran’s party is renowned as the first mainstream political party to use social media efficiently by devising innovative campaigns. The party’s emphasis on robust and vigorous social media policies has positively allowed it to gather support globally.

After the removal of Prime Minister Imran Khan by a vote of no-confidence in the National Assembly, his party has promoted the hashtag “Imported Hakumat Na-Manzoor”, the biggest trend in Pakistan’s social media history as it is being tweeted over 7 million times.

Sharing on Twitter, Matt Navara, a social media consultant based in the United Kingdom said, “a new @TwitterSpaces record?”

Another social media user underlined that the historic session would act as a reminder of the prominence of social media in politics. “Social audio will be huge for politics,” he wrote.

“This is history!” a PTI supporter tweeted.

After being ousted from the PM post, most of the listeners were concerned about the well-being of Khan and were worried about his safety and security. To which he responded that he would show up at Minar-i-Pakistan, no matter what.

“Minar-i-Pakistan is a special place because the Pakistan resolution was presented there. Indian Muslims decided that they wanted [a] separate [home]land. We will also launch our freedom movement there. I believe a record number of people will come,” he stated.