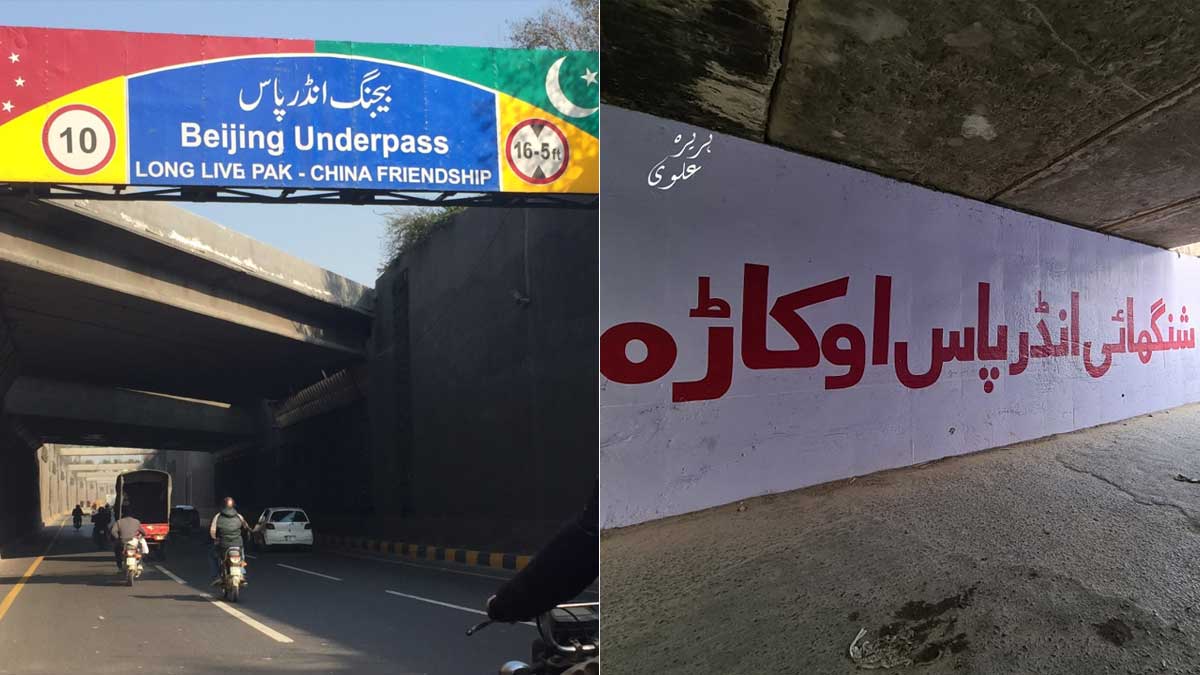 Depicting the immortal friendship between China and Pakistan, from many flyovers and underpasses laid down in the length and breadth of Pakistan, a couple of underpasses have been termed after the name of two big cities of China.

From the sources, it has been revealed that these underpasses are called “Beijing Underpass” and “Shanghai Underpass”.

Beijing Underpass is situated in Lahore which is attaining fame as an evolving economic hub of Pakistan. While Shanghai Underpass is positioned in Okara, a city of crop and dairy development.

The Beijing underpass having a length of 1.3-kilometer, was completed at a cost of Rs 3.6 billion, connects Dharampura to Mughalpura, one of the busiest main channels of Lahore. Earlier it was named Chubacha Underpass.

In this regard, civil society, local community, politicians vocalized the slogan of Pakistan-China friendship and anticipated to retitle more underpasses and flyovers on the name of other Chinese cities.

With the launch of “Shanghai Underpass” in Okara, the Municipal Corporations office presented Mr. Peng the “Key of City.”