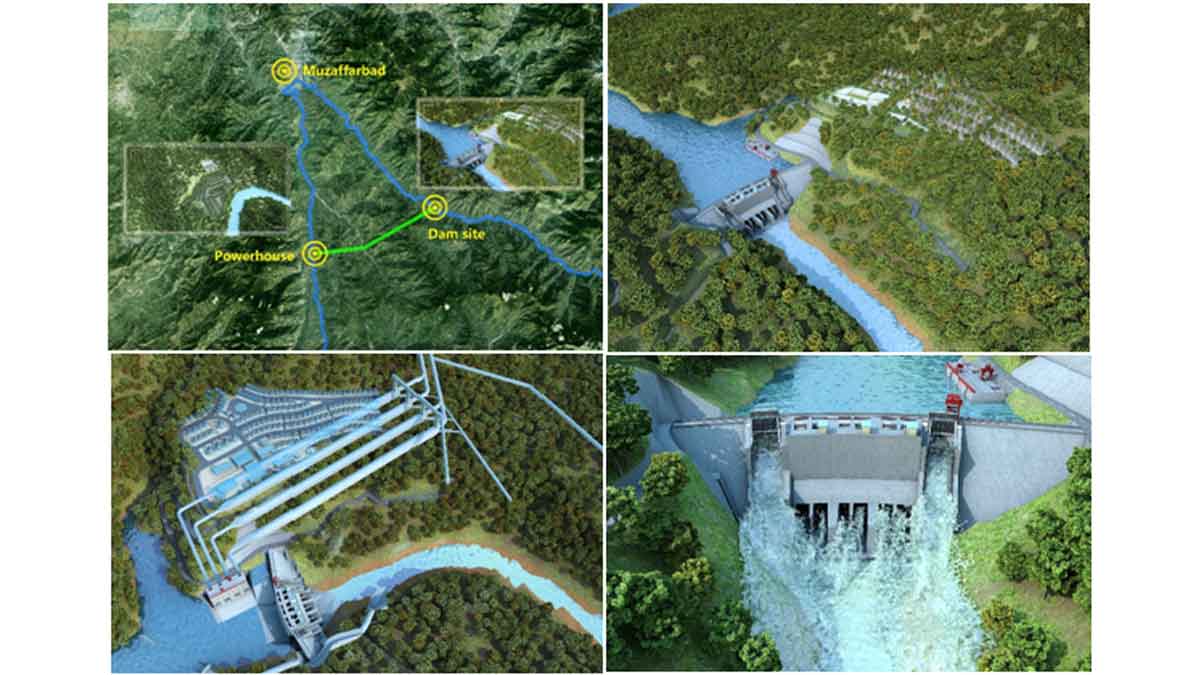 Facing soaring energy bills, skyrocketing costs, and rapidly falling consumer purchasing power, the government of Pakistan has announced to the establishment of three renewable power plants under the umbrella of the China Pakistan Economic Corridor (CPEC) on the fast track for implementation.

According to the officials, two hydro and one solar power plant having a capacity of 2400MW will be built to provide cheap electricity to people. These energy projects have been facing years of delay, however, now the government aims to remove hurdles in the way of these projects.

Of the three energy power plants under the scheme, the first one is the 1,124-megawatt Kohala hydropower project which has an estimated cost of $2.4 billion and has designed annual output of over 5100GWh. After being operational, it is likely to improve the local power supply significantly and drive the social and economic development in Pakistan and Azad Jammu & Kashmir (AJ&K).

Secondly, the $1.6 billion Azad Pattan hydropower project with a capacity of 700.7MW. This project aims to build a hydroelectric power station upstream of the Jhelum River in the Sudhanoti district, AJK and will be 90km away from Islamabad.

Moreover, the third project is the second phase of the 600MW Quaid-e-Azam Solar Park in Bahawalpur which has a cost of $500 million. The first utility-scale, grid-connected solar power plant in Pakistan comprises 400,000 solar panels and is spread over 200 hectares of flat desert. Currently, the plant is producing 400 MW of electricity. In the long run, Solar Park is expected to play a key role in attempting to fill the supply-demand gap that the country is facing.

As per the sources, the electricity charges in the country are expected to surge even after a decline in international fuel prices, unless there is no move to initiate long-standing power sector reforms so as to reduce dependency on imported fuels and promote renewable energy.