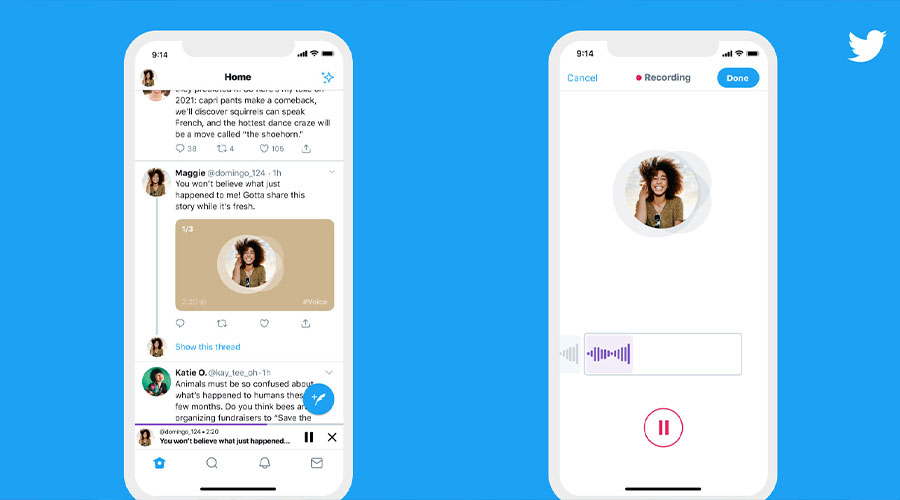 Twitter introduced another feature of audio tweets which is a very unique way of sharing your views on the Twitter platform apart from traditional 280 characters.

According to company users will be able to send voice tweets to their followers for sharing views or opinions for up to 140 seconds. The launching of the new feature was based on a “add a more human touch” concept.

According to a statement by Twitter through a blog post, “in 140 characters it is difficult to convey actual message and a lot has left, so that’s why we are introducing voice recording tweets to provide more human experience to all the Twitter community”.

Rolling out today on iOS, you can now record and Tweet with audio. pic.twitter.com/jezRmh1dkD

Through this feature, journalists will get more benefits as the majority of the media industry and politicians use Twitter for official announcements. Via voice tweets, you can share your views, opinion, thoughts, and perspective swiftly and conveniently.

The latest audio tweets feature may be a very innovative thing for Twitter but soon some critical voices and some renowned Twitter users objected that how will twitter monitor voice notes or voice tweets when they are failing to monitor and control the ongoing fake news, harassment, racism, hate speech which are regularly shared on the platform in words or pictures form.

Another issue is how a deaf person will comprehend a voice tweet. It is up to Twitter now to answer these questions.

At the moment latest voice tweet feature is limited to some iOS users but according to the Twitter official statement, it will be rolled out to everyone very soon.