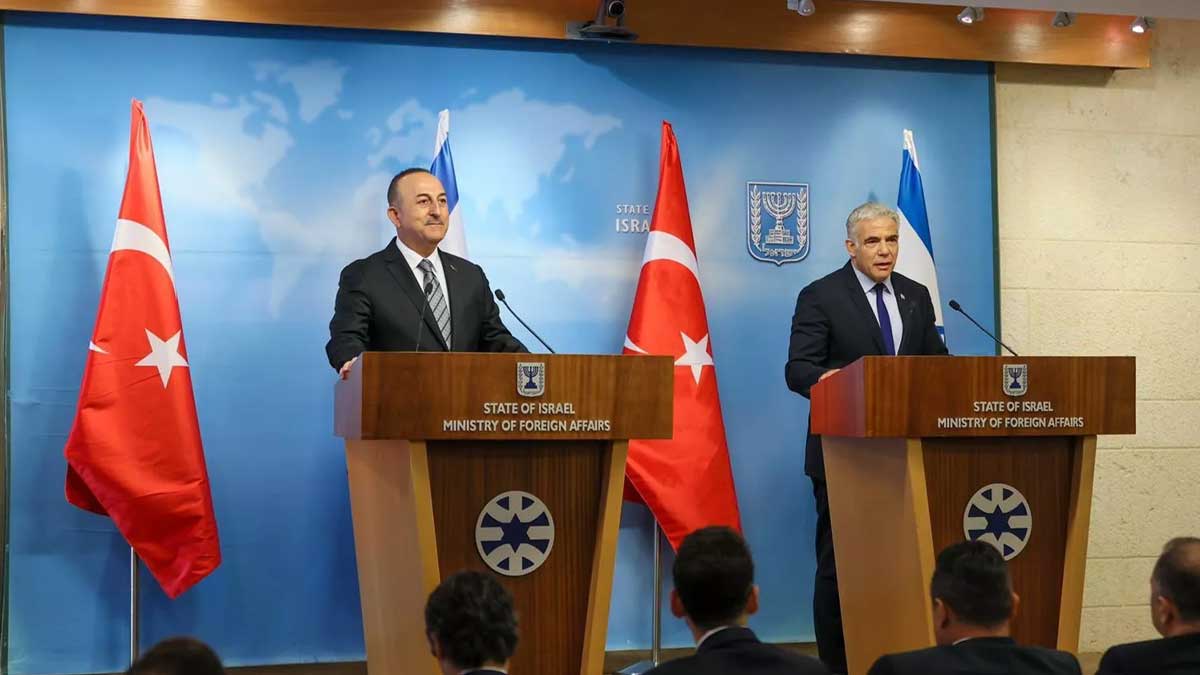 The normalization of relations between Turkey and Israel, according to Turkish Foreign Minister Mevlut Cavusoglu, will have a “good impact” on a “peaceful” resolution to the Palestinian conflict.

Cavusoglu said the two countries decided to “re-energize” cooperation in various sectors after meetings with his Israeli counterpart, including reviving civil aviation talks.

Cavusoglu is in Israel and the Palestinian Territories on the second day of a two-day visit, the first by a senior Turkish official in 15 years.

“The goal is to form and promoting economic and civil collaboration between our countries, and to capitalize our two countries’ comparative advantages regionally and globally, even during the pandemic, and even in times of political tension,” Israeli Foreign Minister Yair Lapid said in a statement in Jerusalem.

Officials will begin working on a new civil aviation deal, according to Lapid and Cavusoglu.

Turkey and Israel have been striving to improve their strained relations, with energy surfacing as a crucial area for possible cooperation. In 2018, the two countries removed their ambassadors and have frequently exchanged accusations over the Israeli-Palestinian conflict.

“We hope that normalizing our relations will contribute to the peaceful resolution of the crisis. Turkey is inclined to take responsibility for continuing discussion efforts “As per Cavusoglu.

A visit to the Al-Aqsa by Cavusoglu is also on the schedule. Al-Aqsa Mosque is Islam’s third holiest site and the site of periodic conflicts between Palestinians and Israeli police during Ramadan. He claimed to have spoken with Lapid about the matter.