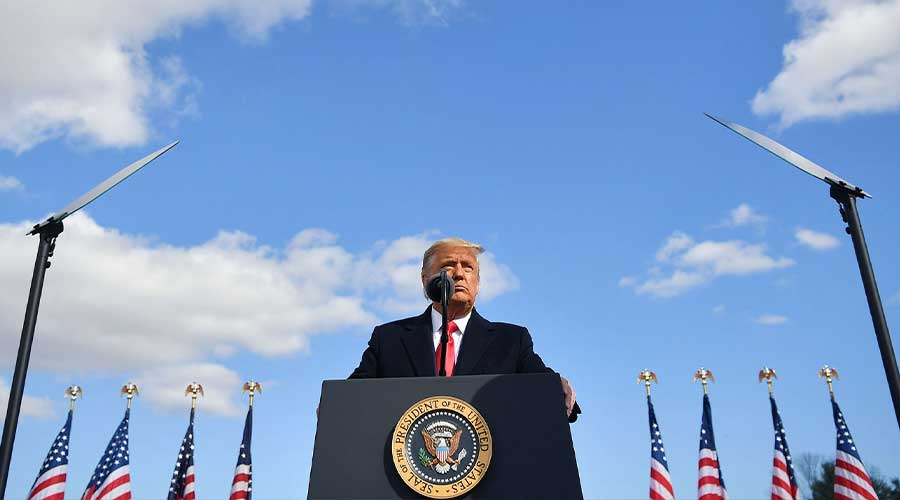 During the Oval Office meeting, Donald Trump made the request where top US officials were also part including, Vice President Mike Pence, acting Defence Secretary Christopher Miller, Chairman of the Joint Chiefs of Staff General Mark Milley and Secretary of State Mike Pompeo, according to official.

The official confirmed that the account of the meeting in the New York Times, which stated the advisers convinced Donald Trump not to go ahead with the attack due to the risk of a broader conflict.

“He asked for options. They gave him the scenarios and he ultimately decided not to go forward,” the official said.

When it comes to Iran, Trump has spent all his tenure engaging aggressively against Iran. The Trump administration also withdrew in 2018 from the Iran nuclear deal which was finalized by then President Barrack Obama and imposed new economical sanctions on Iran.

Trump seeking options for attacking Iran came a day after a United Nation observer report disclosed that Iran had finished moving the first cascade of advance centrifuges from an above-ground plant at its main uranium enrichment site to an underground one, which was a new breach of nuclear deal 2015.

A spokesman for Iran’s mission to the UN in New York, Alireza Miryousefi stated that Iran’s nuclear program is chastely for peaceful purposes and Donald Trump policies have not changed that. “However, Iran has proven to be capable of using its legitimate military might to prevent or respond to any melancholy adventure from any aggressor,” Alireza added.

In the Iran nuclear deal, the limit was set at 202.8 kg but Iran’s extended it to a 2.4-ton stock of low-enriched uranium. Iran produced 337.5 kilograms in the quarter, less than the 500 kilograms recorded in the previous two quarters by the IAEA.

At the start of the year, Donald Trump ordered a drone strike that resulted in the death of the Iranian General Qassem Soleimani at Baghdad’s airport. However, Trump also sought to withdraw troops from other regions in order to fulfil his promise of ending the ‘endless wars’.

If the Trump administration does strike on Iran’s nuclear sites at Natanz, it could ignite into a regional conflict and will be a serious foreign policy challenge for newly elect president Joe Biden.