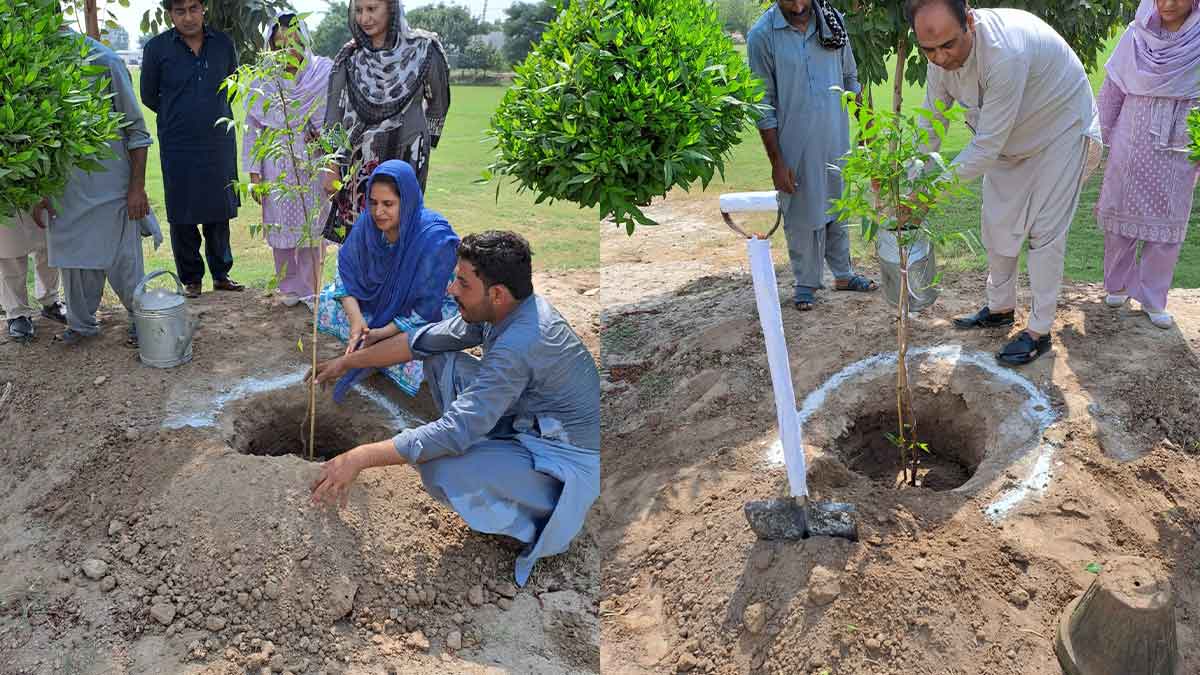 Dr. Shazia Jabeen who is the focal person of the campaign highlighted playing an active role to end environmental pollution and global warming by planting a tree.

Sources reported that the Environmental Protection Agency has provided 1500 plants to the university for both campuses.

In a similar development, Chief Minister Mahmood Khan, last month, launched the tree plantation campaign by planting a sapling of avocado on the lawn of the Chief Minister’s House. He was briefed that 37.5 million saplings would be planted all over Peshawar during the campaign.

The chief minister was told that the Forest Department, educational institutions, industries, government departments, civil society organizations, and other public and private organizations took part in the plantation drive.

Moreover, almost 80.21 million seedlings had been planted during the tree plantation drive across the province, and steps wee taken to increase the chances of survival of those plants.

Addressing the occasion, the chief minister stated that forest preservation was our mutual responsibility. He remarked that the government was taking several steps to increase the forest cover adding the importance of forests had greatly increased to overcome the challenges evolving from environmental pollution.

He also directed the Forest Department officials to formulate a strategy along with the Urban Development Department authorities for urban plantations.