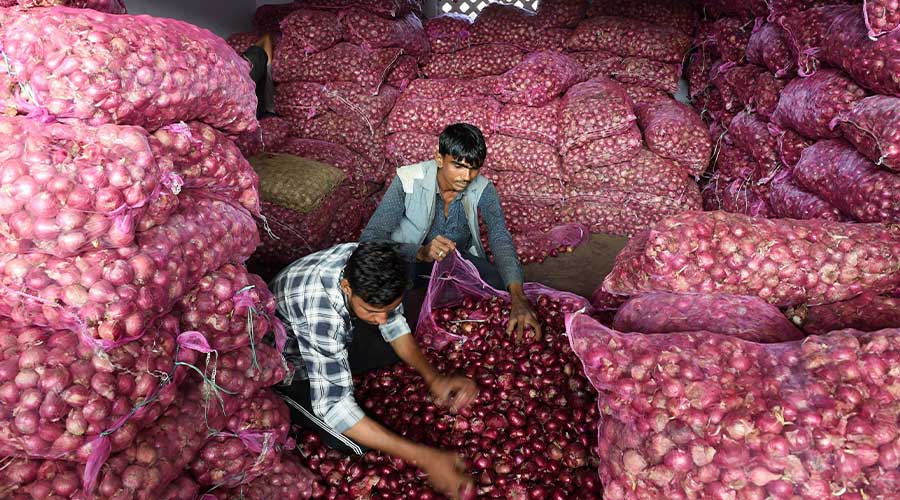 Traders have decided to end the self-ban and restart onion export from tomorrow, November 27, 2020, after prices stabilised in the country with the arrival of a full crop of onion from Sindh.

On Tuesday, Exporters announced to resume the onion export. In a statement, All Pakistan Fruit and Vegetable Exporters, Importers and Merchants Association (PFVA) Patron-in-Chief Waheed Ahmed said exporters had placed a self-imposed ban on onion export to regulate prices in the domestic market.

He said, “Now that local price of the commodity has stabilized, they are resuming exports,” he said. “We will begin exporting the commodity from November 27.”

According to the exporters, Pakistan has a window of opportunity to export onion in the international market for an additional month, during which they could generate valuable foreign exchange for the country by taking advantage of the surplus volume of the vegetable.

Moreover, the ban proved to be extremely fruitful in reducing onion prices in the local market, said Waheed Ahmed, he added that onion was being sold for Rs 2,800 per 40 kg prior to the suspension of exports. The increase in yield of onion in Sindh coupled with the impact of the suspension of exports pushed the price down to Rs 1,300 per 40 kg, said Ahmed. “Exports help growers, therefore, we are resuming exports to provide them with better prices.”

Sindh Abadgar Board Senior Vice President Mehmood Nawaz Shah said, “Over the last 15 days, there has been no export of onion as the federal government introduced technical barriers.”

Shah pointed out that farmers were receiving approximately Rs 20 per kg. “It is fallacious to expect that prices of agricultural commodities will remain constant,” added, “Duty-free import of onion continues in Pakistan and the commodity is being imported irrespective of the domestic production.”