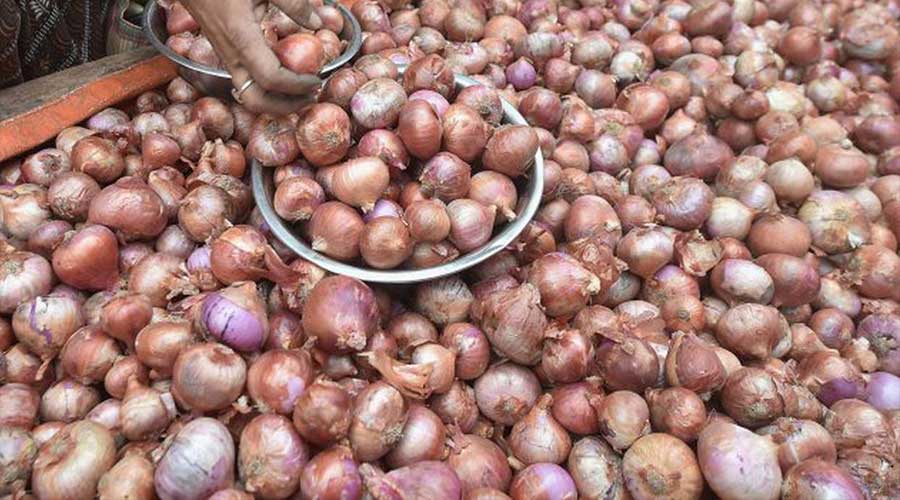 All Pakistan Fruit and Vegetable Association (PFVA) has voluntarily imposed a ban on the export of onion from 3rd November for 15 days.

According to Waheed Ahmad, the President of the All Pakistan Fruit & Vegetable Exporters, Importers & Merchants Association (PFVA), this step has been taken to control the rising price of the onion in the country and also for providing a better price of the same to the farmers of Sindh. He said that PFVA is standing with the government to control the rising trend of the prices of fruits and vegetables in the country.

After 15 days, the decision about the restoration of the onion export would be considered by PFVA, keeping in view the demand and supply condition of onion in the country. The food commissioner of Pakistan has also been informed of the decision.

He added that there was the trend of hoarding of onion as the exporters were purchasing the onion from the market at a higher cost and the farmers were plucking the raw onion which could be highly problematic in the future as in this way, the farmers would not be able to fulfill the local requirement of onion.

The departments of price control are not working with their full capacity to control the rates of fruits and vegetables in the country. For example, the government rate of the tomato is Rs 70/kg but it is being sold at a very high price. In the same way, the government rate of potatoes is Rs 70/kg but is being sold at Rs 80 to 90/kg. The same is the case with other fruits and vegetables in Pakistan.