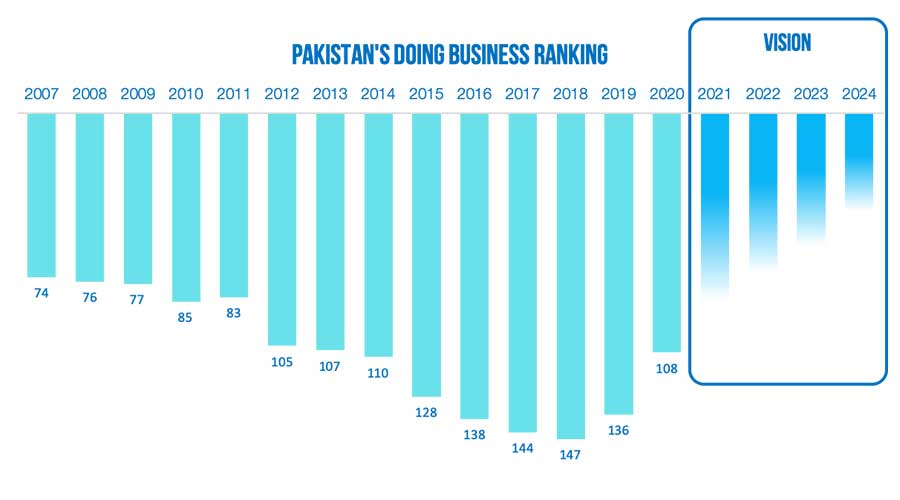 According to the World Trade Organization, Pakistan jumps 31 places on Trading across Borders rank due to improvement in Trade Facilitation Agreement (TFA) implementation.

The World Trade Organization’s Trade Facilitation Agreement implementation level of Pakistan has reached 79% this month from 34% in June 2018. The facilitation is adding value to Pakistan’s economy and creating new jobs.

According to the press release by the Federal Board of Revenue, it was stated that Pakistan has considerably improved its implementation of the World Trade Organization (WTO)’s Trade Facilitation Agreement (TFA) from 34% in June 2018 to 79% in November 2020.

Advisor to Prime Minister on Finance and Revenue, Dr. Abdul Hafeez Shaikh announced in a tweet, “World Trade Organization’s TFA implementation level of Pakistan reached 79% in Nov 2020 from 34% in June 2018. It is greater than India, Bangladesh & average of all WTO countries. This facilitation is adding value to Pakistan’s economy & creating new jobs,” he tweeted.

This improvement in the implementation of TFA has made Pakistan improve 31 positions in the Trading across Borders rank which tangibly contributed to the rise of Pakistan (from 136th position to 108th position) in the Global Fund’s Annual Ease of Doing Business 2020 Report.

As per the direction of PM, Pakistan Customs, Federal Board of Revenue followed an integrated plan in order to achieve strategic objectives of economic and export-led growth by facilitating the trade in which imports, exports, and transit are involved.