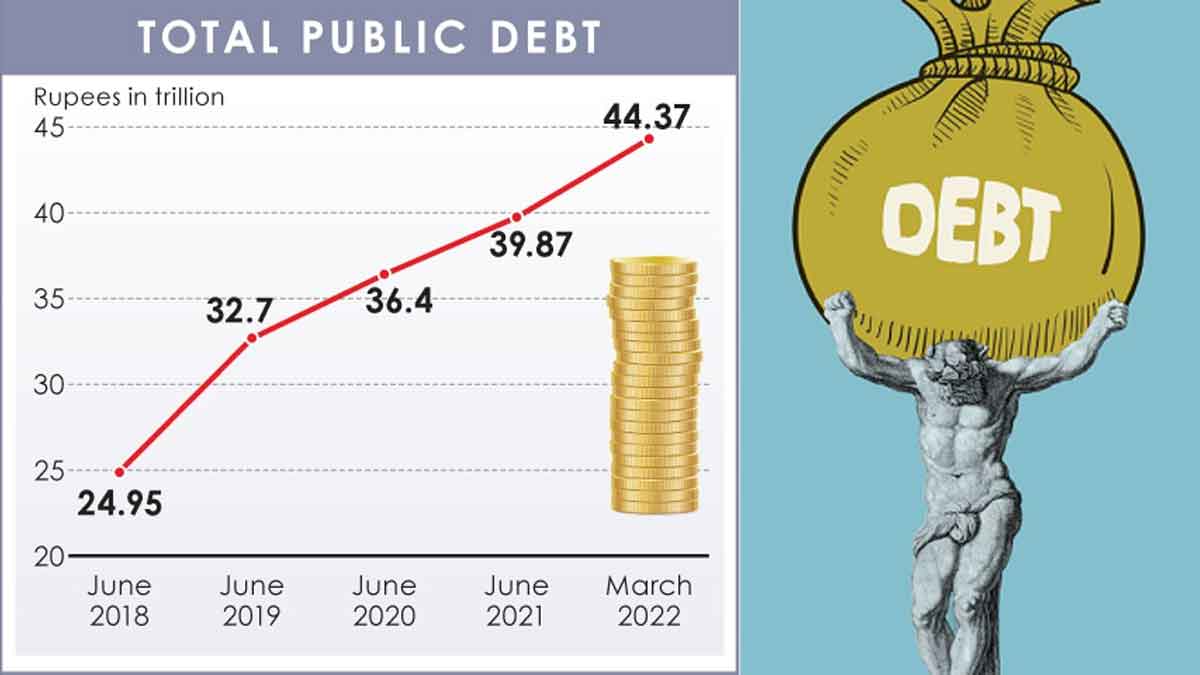 According to the Pakistan Economic Survey 2021-22, the total public debt stood at Rs 44,366 billion at the end of March 2022, having ballooned by Rs 4,500 billion during the first nine months of the outgoing financial year.

The survey unveiled that total external debt had crossed $88.8 billion (Rs 16.29 trillion) by the end of March 2022, having ballooned by about $2.3 billion during the first nine months of the outgoing fiscal year.

Meanwhile, interest payments are budgeted for Rs 2,118 billion of the gross inc­rease of Rs 4,500 billion in total public debt. The accounted estimate had been Rs 3,060 billion. Domestic interest payments were registered at Rs 1,897 billion and constituted about 90 percent of total interest servicing, which is principally attributable to a higher volume of domestic debt in the total public debt portfolio.

The debt stock from multilateral and bilateral sources increased by a net $2.9 billion; mostly contracted on concessional terms (low cost and longer tenor). During the period under consideration, gross inflows of $1 billion were provided from the IMF under the Extended Fund Facility, while the International Development Bank financed $0.8 billion. Another $3 billion was received from the Saudi government in the form of time deposits.

Moreover, the debt stock of commercial loans recorded a net decrease of about $1.5 billion, mostly because of a repayment of loans taken from Chinese commercial banks amounting to $2.3 billion. The repayment was made upon maturity of the loans in March 2022; however, the government assumes the funds to return sometime this month.

The survey further reveals that domestic debt had crossed Rs 28,076 billion by end-March 2022, increased by Rs 1,811 billion during the first nine months of the outgoing fiscal year.