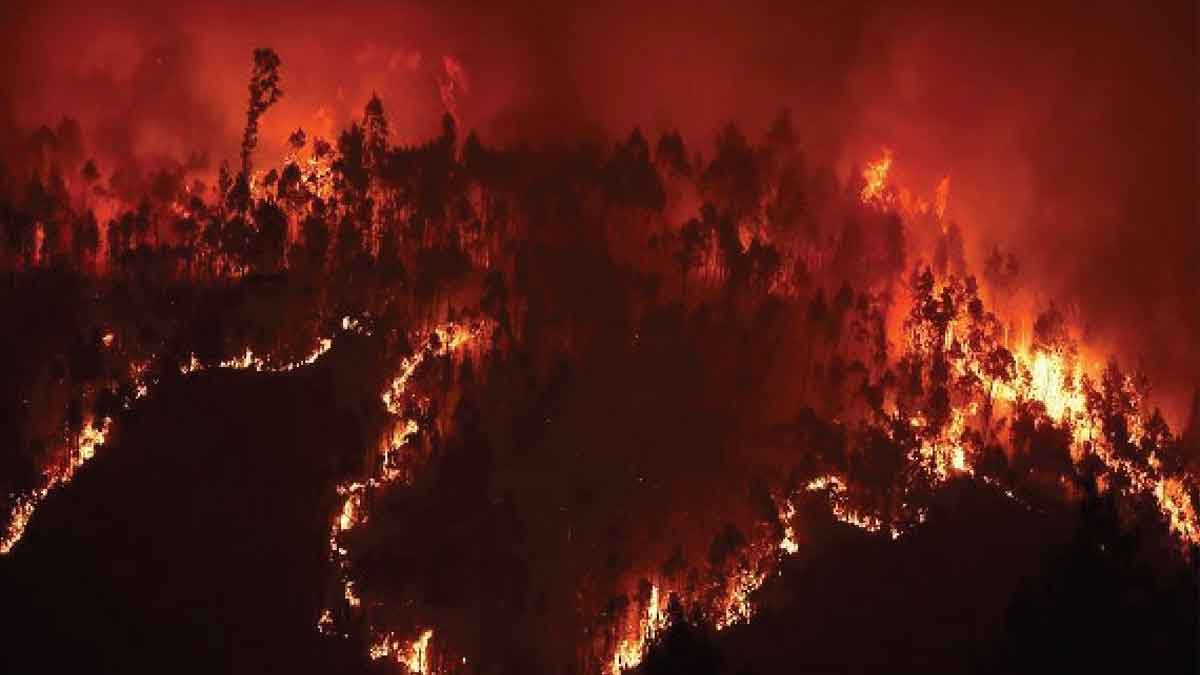 More than 200 wildfires caused damage to forests and pastures over an area of 14,430 acres in different districts of Khyber Pakhtunkhwa (KP) during the last two weeks.

Out of the 210 wildfire incidents, almost 55 blazes have been started intentionally by local citizens and 12 due to dry weather conditions while the reason for another 143 blazes is still unknown, as per a report collected by the provincial forestry, environment, and wildlife department.

These statistics are based on daily situation reports made by the department between May 23 and June 9.

According to a spokesperson, Latifur Rehman, there were rumors that the government would pay compensation for any damage to forests because of wildfires.

Citing reports received from divisional forest staff members, he added it was rumored that the government would give Rs 100,000 for a green tree burnt down in the forest fire, claiming there were no facts in such reports.

Mr. Rehman further said that the department had registered FIRs and almost 21 persons had been detained in connection with starting the blazes. He said that the rumors were baseless and the government did not announce any compensation for trees damaged in KP wildfires.

Moreover, the report said that most of the fires were ground fires, in dry grasses, with 68% in communal and private lands and over 73% of the affected area also either communal or private land.

As per the report, rising temperature is the key indicator of climate change which evaporates more moisture from the ground, dries out the soil, and makes vegetation more inflammable.

It added that according to the Pakistan Meteorological Department (PMD) statistics, the national rainfall for March 2022 has been ranked as the 9th driest month since 1961 which was 62% below normal. And rainfall was considerably below normal over all parts of the country with Balochistan (-66%), KP (-66%), Punjab (-65%), Sindh (-65%), and AJK (-48%) – all experienced extreme deficient rainfall.

Furthermore, because of the growing population, the demand for agricultural land has increased and fire is put to clear the land (April to June) for transforming vegetated lands into agricultural fields, the report said.