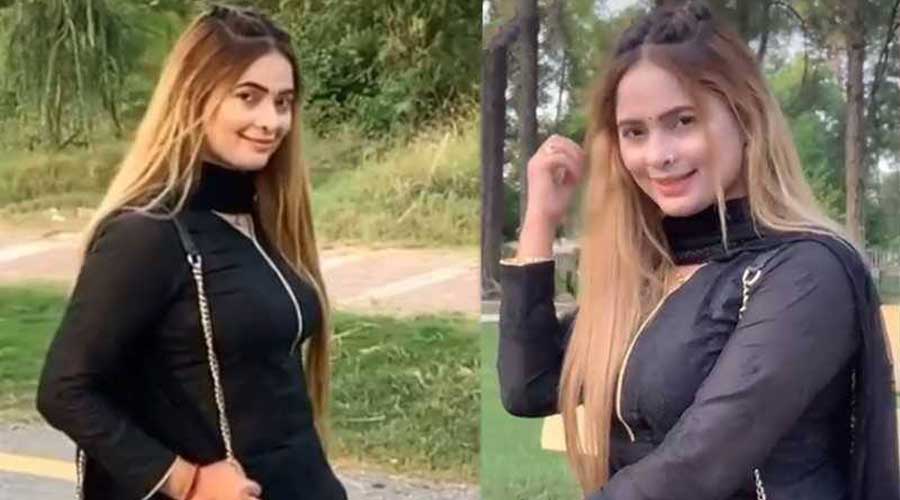 Marvi Chaudhry, the TikTok star has been named in murder case of Ali filed by police in Islamabad.

Marvi has landed in hot water after she was accused of being involved in the murder of Ali. Local news sources said that an FIR was lodged at Lohi Bher police station by the father of the deceased Ali.

According to the FIR filed by the deceased father, Ali and she had been colleagues, “Some days ago Ali stopped working. When asked Ali told me that he does not want to work with Marvi as she is not a good woman.” Ali’s father wrote in the application, “Marvi tried to contact Ali and called him several but he did not go back to work.”

Further said, “One day my wife talked to Marvi. She told my wife that it’s alright if Ali does not want to work with me but some have come from Lahore and working with them will be good for Ali’s future.”

The father of Ali stated Marvi, however, had called him to an unknown location and he went missing after that, the man said, adding that his son was found dead a couple of hours later.

The police said that there were torture marks on Ali’s body. The cause of death will be determined once postmortem and forensic reports become available.

SSP Rural Islamabad confirmed that an FIR has been registered against the Tik Tok star Marvi Chaudhry and said that they had sent the sample of the victim’s body to Lahore for a forensic examination to unearth facts.

“We have not yet found any evidence pointing towards the murder of the victim,” he said but added that a final conclusion could only be made after the forensic examination of the body.