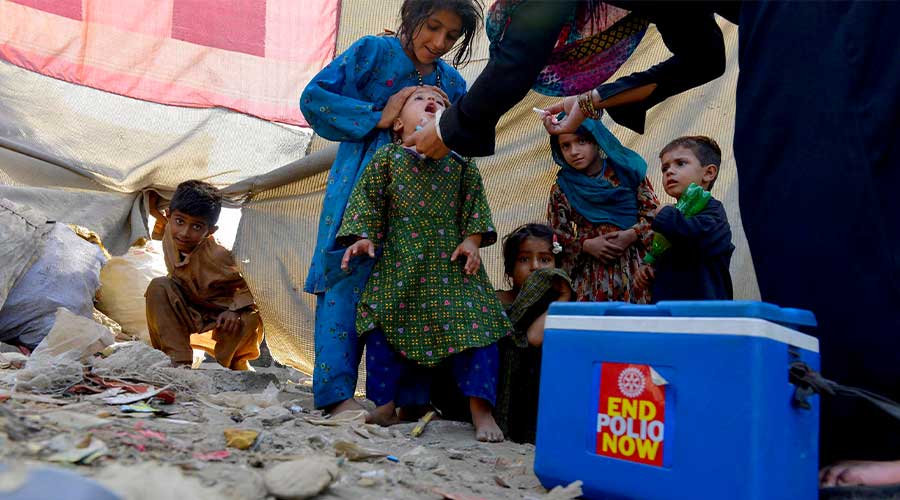 Pakistan is again scratching heads over how to mitigate the crisis of Poliovirus. The virus that was reported with the lowest number of cases in 2017 has again increased with 72 new cases and experts suggest the need for multiple doses of vaccine to ensure immunity leading to eradicating polio from Pakistan.

Pakistan was on the brink of declaring victory against the fight of poliovirus in 2017, the virus was almost eradicated from the country and reported the lowest number of cases in 3 decades but now in 2020 in the pandemic year, the poliovirus has increased again.

In the current year, both local and international health authorities are trying to find a way to mitigate the crisis. The country reported 72 poliovirus cases so far in 2020 while only 8 cases were reported in 2017.

The alarming condition started when in 2019, 134 cases were reported. The preceding year was worse when efforts were made and still the virus could not be eradicated.

Meanwhile, the refusal cases have done tremendous damage. Over the years, several conspiracy theories have been floated with regards to the polio vaccine, ranging from “it causes impotency” to “it is a conspiracy of the West”.

However, Pakistan Polio Eradication Programme (PPEP) has shown great efforts and tried to spread awareness on the importance of getting children vaccinated. Many campaigns were carried out and many children were vaccinated but a high number of refusal remained constant.

According to the report, there were 38,000 refusal cases in January which rose to 51,000 in February in Peshawar district, one of the virus reservoirs in the country.