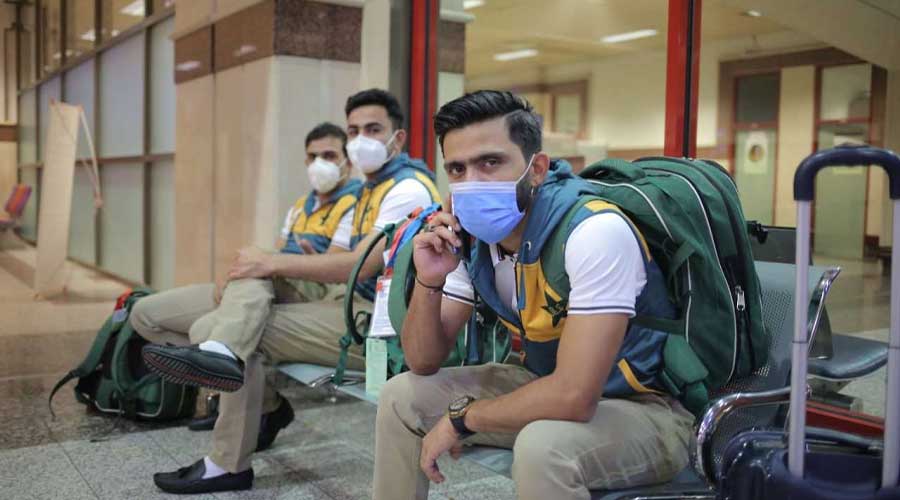 Pakistan team has suffered again on their current New Zealand tour as three more members of the squad have tested positive for coronavirus in the third round of testing.

According to the statement made by New Zealand’s Health Minister, three more positive cases have emerged and the investigations are undergoing to find out whether the COVID-19 cases are historic or newly developed.

The total number of corona positive cases has climbed up to 10. In those 10 positive cases, two were historic and were permitted to join the remaining squad.

“Day 6 swabs were taken yesterday from the 46 members of the Pakistan cricket squad in Christchurch who to date have returned negative test results for COVID-19,” New Zealand Health Ministry spokesperson said.

“Of those, 42 have subsequently returned a further negative test result. Three are under investigation to determine whether they are historical cases, and one test result is pending,” the spokesperson added.

According to Pakistan Cricket Board (PCB) Chairman Ehsan Mani, the seven Pakistani cricketers who tested positive for Covid-19 are likely to have contracted the virus somewhere between Lahore and the isolation facility in New Zealand.

Currently, the Pakistan team is in an isolation period and spending their time in quarantine facilities by the instructions provided by the New Zealand government. Pakistan have not trained so far due to the unfortunate conditions.

It is expected that the team will be allowed to practice once the fourth round of testing is finished.

On the other hand, the New Zealand entire team had tested negative prior to the Pakistan team boarding their flight.