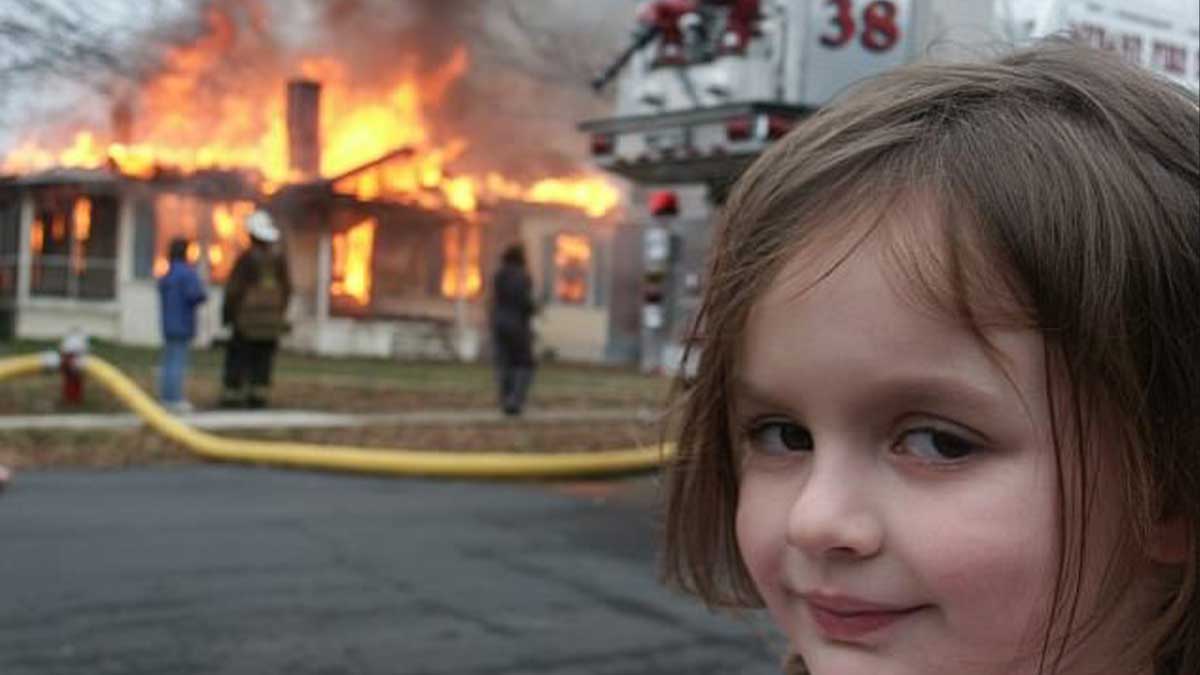 Zoe Roth, aka “Disaster Girl,” made a fortune by selling the original picture of her meme as an NFT for nearly half a million dollars.

After a picture taken by her father in 2005 was made into a meme, she thus became focus of a viral image which became a meme favourite for humorous (and somewhat sinister) takes on life.

Roth, who was 4 at the that time, was walking around her North Carolina neighbourhood when her father snapped a photo of her showing a sly grin as firefighters battled a house fire. Despite the fact that she is not an arsonist or pyromaniac, that quickly became her alter ego.

The image became a viral meme that’s been re-shared millions of times over the last decade, but Roth’s family was unable to benefit from her internet fame until it was proposed that she sell the original image as a non-fungible token (NFT).

“Being able to sell it just shows us that we do have some leverage, some agency in the whole thing,” Roth explained.

Before hiring a consultant and a lawyer to hammer out the logistics, Roth and her father Dave Roth took guidance from “meme” celebrities including “Overly Attached Girlfriend” Laina Morris and “Bad Luck Brian” Kyle Craven.

“I’m probably yelling expletives into the noise,” Dave speculated. “I couldn’t believe it every time it went up,” Dave Roth told the Observer.

NFTs are one-of-a-kind digital assets that are stored using blockchain technology, the same technology that allows for the creation of cryptocurrencies like Bitcoin. The majority of NFTs are held on the Ethereum blockchain, which is a public ledger. The picture can be compared to a “trading card” or a one-of-a-kind piece of art in Roth’s case.

The picture was won by a bidder known only as “3FMusic,” who paid 180 Ether for it. Zoe Roth intends to share the money with her family now.

However, since the NFT was coded in such a way that Roth maintains the copyright, selling the image does not mean she would forfeit the rights to her likeness. Any time the “Disaster Girl” NFT is re-sold, she will earn 10% of the sale, giving her leverage over the viral picture for the first time.

NFTs have recently gotten a lot of attention. Beeple, an online artist, sold “Everdays: The First 5,000 Days” for $69 million in March. Jack Dorsey, the CEO of Twitter, turned his first tweet into an NFT and sold it for $2.9 million.