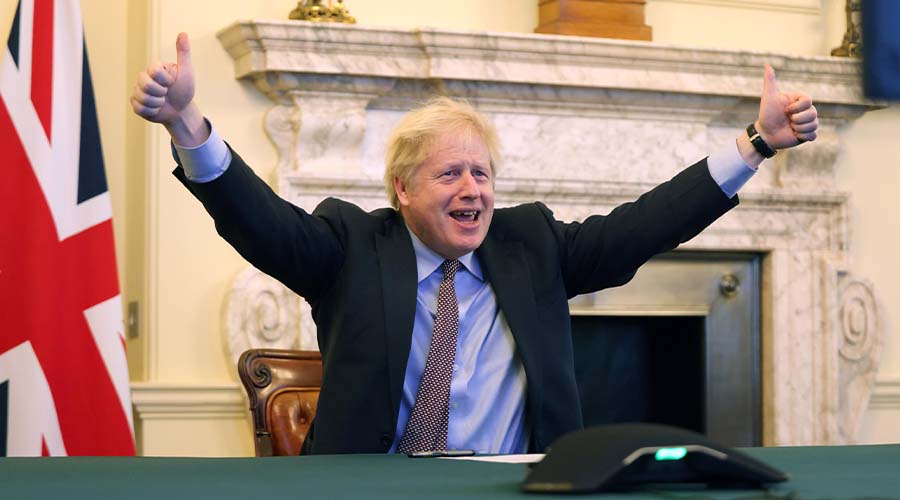 On Thursday, just seven days before leaving one of the world’s largest trading blocs in the most significant global change since the empire’s loss, Britain sealed a narrow Brexit trade deal with the European Union.

The agreement suggests that it has changed from a messy end to a tortuous divorce that shook the 70-year effort to forge European unity from the ashes of the Second World War.

President Ursula von der Leyen of the European Commission told reporters: “It was a long and winding road. Yet there’s a decent deal we have to show for it. It is fair, it is a balanced agreement, and on both sides, it is the right and reasonable thing to do.”

From Downing Street, British Prime Minister Boris Johnson tweeted a photo of himself, lifting both arms with the words “The deal is done” in a thumbs-up gesture of victory.

“A source from Downing Street said, “We have taken back control of our money, borders, rules, trade and our fishing waters.

“In record time, we have delivered this great deal to the whole of the United Kingdom, and under enormously challenging circumstances… all our key red lines on returning sovereignty have been accomplished.”

Although the last-minute Brexit deal avoids the most bitter conclusion of the saga on Jan. 1, at the time of the 2016 referendum, the United Kingdom is headed for a far more distant partnership with its largest trading partner than almost all predicted.

On January 31, the United Kingdom officially left the EU but has since been in an evolution period in which trade, travel and business laws have remained unchanged until the end of this year.

The terms of the agreement have yet to be made public, but if the parties have negotiated a zero-tariff and zero-quota agreement, it would help to smooth trade in the items that make up the agreement.