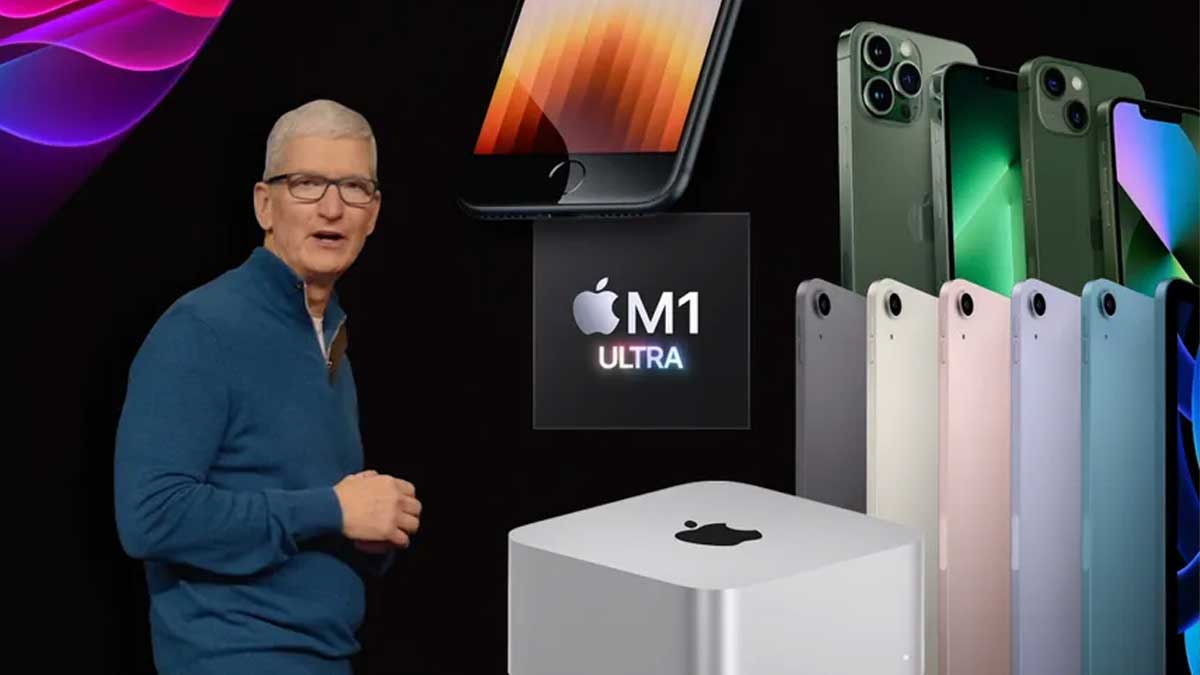 Apple just wrapped up its Peek Performance event, where it unveiled a new iPhone SE with the company’s latest mobile processor and 5G, a new desktop Mac focused at creative workers, and an external monitor with a starting price of less than $5,000.

The following are the most important announcements made by Apple throughout its hour-long presentation.

With the M1 Ultra, Apple introduced a new addition to its portfolio. The TL;DR is that it’s simply two M1 Max chips together, with 128GB of RAM support. It’s eight times faster than the regular M1 chip, according to Apple. In the Mac Studio, the M1 Ultra will be available.

The Mac Studio is Apple’s newest Mac product, and it’s essentially a Mac Mini with a lot of I/O (at least four Thunderbolt ports and an SD card slot on the front), cooling, and processing power aimed at creative professionals. The M1 Max is priced at $1,999, while the M1 Ultra is priced at $3,999.

A 27-inch 5K screen is housed in an aluminium enclosure on the Studio Display. The display has a maximum brightness of 600 nits, supports P3 broad colour, and is compatible with macOS’ TrueTone function. A 12-megapixel ultrawide camera for video conferencing is mounted above the screen. Apple’s first new prosumer display in years is now available for pre-order, with deliveries beginning on March 18th.

With a starting price of $429, the new iPhone SE offers the powerful features of Apple’s newest A15 CPU to a smaller, less expensive version. Apple seemed to minimise the SE’s new 5G radio, focusing instead on the fact that when it launches on March 18th, you’ll receive an experience identical to Apple’s more expensive iPhone 13 devices in the same 4.7-inch package — with Touch ID.

The New iPad Air Has An M1 Chip Inside

The iPad Air has gotten a new update a year and a half after the last one, but this time the upgrades are entirely internal. It now has an eight-core M1 processor, similar to the iPad Pro, 5G on cellular models, and a 12MP front-facing camera.

With your mask on, you can use Face ID.