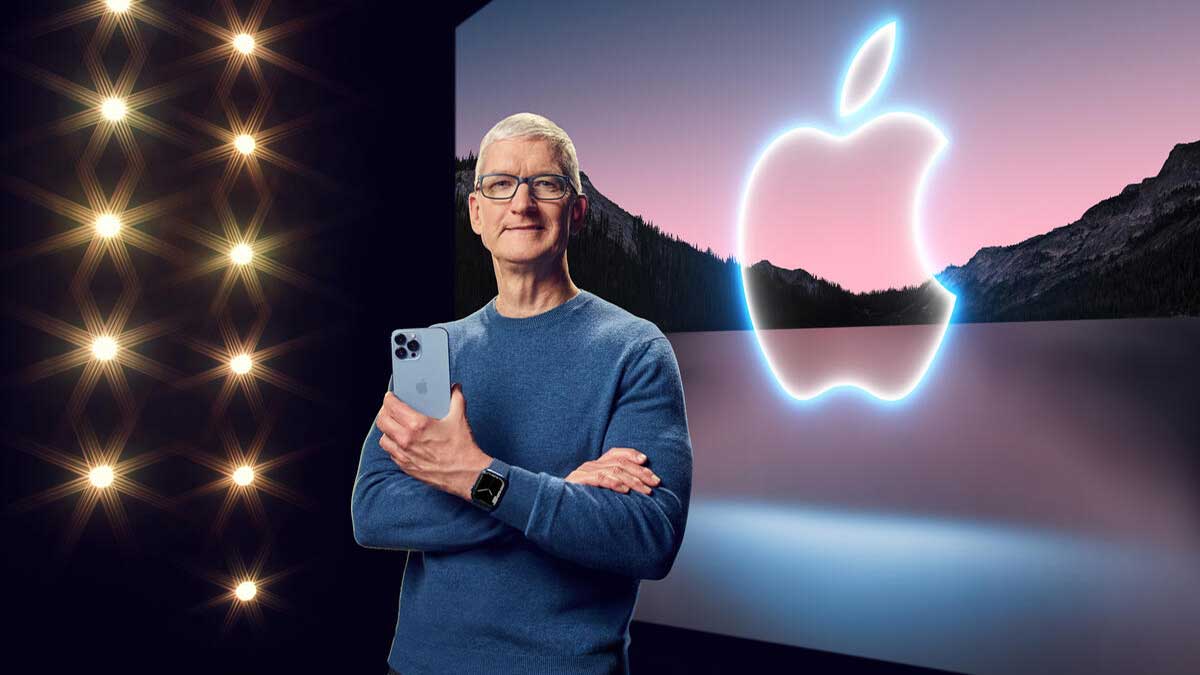 Apple announced plenty of new products at its event, including the iPhone 13 smartphone lineup, bigger Apple Watches, and new iPads.

This is a good place to start if you want a brief overview of the most important news from the show.

iPhone 13 Has A Familiar Design With A Smaller Notch

Apple’s new iPhone 13 and iPhone 13 Mini have a smaller notch and a diagonal camera array than the iPhone 12, but they seem quite similar. They have the latest A15 Bionic chip and a dual-camera system on the back that has been upgraded. Apple also claims that the iPhone 13 will have a longer battery life than the iPhone 12.

The iPhone 13 Mini costs $729, while the iPhone 13 costs $829, yet both are less expensive with carrier incentives. They will be available for preorder on September 17th, ahead of their official release on September 24th.

The iPhone 13 Pro and iPhone 13 Pro Max have a stainless-steel band around the edges and a matte finish on the rear, identical to its predecessors. The screen, on the other hand, is a significant upgrade: it now supports Apple’s ProMotion variable refresh rate technology, which can reach 120Hz. They also have an A15 Bionic chip and a new camera system. Apple promises increased battery life from the iPhone 12 series, just as it did with the iPhone 13.

The iPhone 13 Pro and Pro Max start at $999 and $1,099, respectively, and both come with a new 1TB storage option. Three days after Apple event, on September 17th, the phones will be available for preorder, and they will be released on September 24th.

Cinematic Mode, which blurs the background in a portrait mode-style blur, and photographic styles, which enable you choose multiple styles before taking a photo to give it a certain aesthetic, are two significant new camera capabilities coming to the iPhone 13 series.

Apple Watch Series 7 Has A New Design And Bigger Screens

The Apple Watch Series 7 has a slightly different look and comes in two larger screen sizes — 41mm and 45mm. To better represent the larger screen, some components of the UI have been modified, including the display of a complete keyboard at times. The new model starts at $399, although it is currently unavailable. It will be available later this fall, according to Apple.

Fitness Plus, Apple’s fitness service, is getting some upgrades, according to the brand. Later this month, Apple will add Pilates routines, guided meditations, and activities inspired by winter sports to the service. Group workouts, which will be available later this fall, will allow you to exercise with your buddies. And, later this fall, the service will expand to more countries.

New iPad Mini Gets the Biggest Upgarde at the Apple Event

Apple’s new iPad Mini sports a completely new design that looks similar to the iPad Air, which was announced in 2020. The new Mini features an 8.3-inch screen, a Touch ID sensor on the power button, a USB-C connector, a 12MP ultrawide front camera with Apple’s Center Stage technology, and 5G connectivity as an option. It also works with the second-generation Apple Pencil, which is magnetically attached to the tablet’s side. The new tablet has a starting price of $499. It will be available for pre-order from September 24, ahead of its official release date.

Ninth-Generation iPad Has An A13 Bionic Chip

Apple unveiled a new iPad featuring an A13 Bionic chip, the company’s ninth generation tablet. It also includes a 12MP ultrawide front camera with Center Stage support. The new iPad has a starting price of $329 for a 64GB model. It’s available to order now, and it’ll be delivered on September 24th.

The next major software updates for Apple’s phones tablets — iOS 15, iPadOS 15, and watchOS 8 — will be available on September 20th.