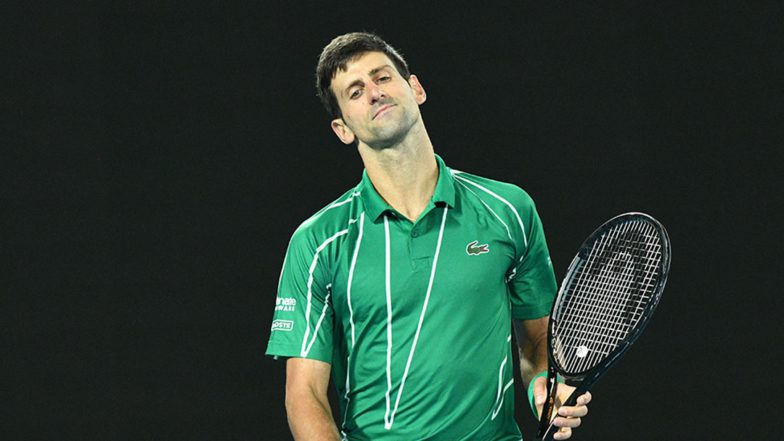 Serbian Tennis superstar Novak Djokovic tested positive for novel coronavirus after organizing and taking part in a tennis tournament in Serbia and Croatia.

The world number one tennis player is the fourth tennis player who is diagnosed with COVID-19. Novak Djokovic organized a tournament in Belgrade which is the capital of Serbia and later on played in Zadar which is in Croatia. His wife Jelena Djokovic also tested positive.

In a statement released by Novak Djokovic regarding getting contracted with coronavirus he said, “right after coming back from the tournament we went straight to be tested, my result along with my wife came out positive, while my children result came negative”.

Djokovic is heavily criticized for organizing the Adria tour which brought players from other regions in the current situation of coronavirus pandemic.

During the tournament, no social distancing and other standard operating procedures were followed as some Croatian newspapers also made headlines regarding the tournament by saying “We forgot Italy and jeopardized thousands of people because someone wanted to hit the ball”. The media is putting pressure on the entire Croatian Tennis Association to resign for what they have done in an already difficult time.

After the news broke out Djokovic said that he did not have any kind of coronavirus symptoms but said he will remain in self-isolation for 14 days and apologized to those who became infected during the series. This incident will damage the tennis superstar’s credibility.

Novak Djokovic along with other Tennis legends recently came together for relief efforts to let top tennis players of Pakistan help people affected by the virus pandemic.