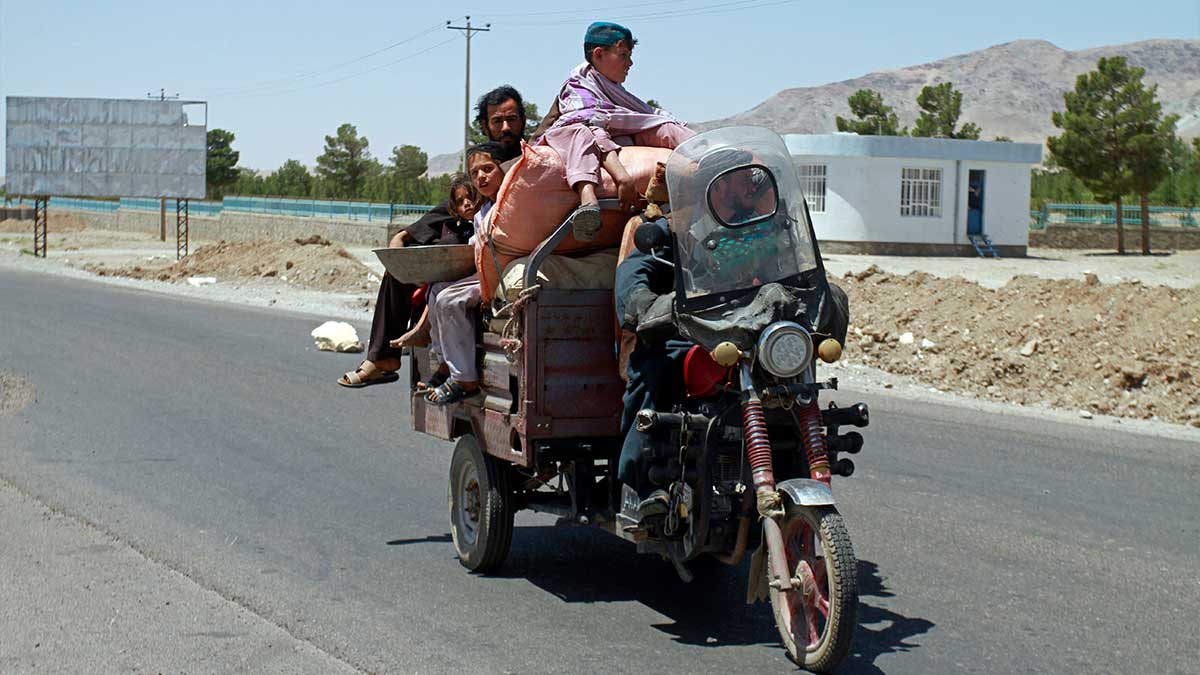 Herat, Afghanistan’s third-largest city, has fallen to the Taliban, becoming the eleventh provincial capital to be captured by the armed group in recent days.

The seizure of Herat marks the biggest prize yet for the Taliban, who have taken 11 of Afghanistan’s 34 provincial capitals as part of a weeklong blitz.

According to Russia’s defence minister, Taliban forces have grabbed control of Afghanistan’s borders with Tajikistan and Uzbekistan as part of their swift onslaught.

According to Russia’s Tass, Sergei Shoigu told a youth gathering in Moscow on Tuesday that the group’s commanders had agreed not to attack neighbouring nations after gaining territorial gains.

He also stated that Russia would continue to conduct joint drills with its regional allies.

Read more: US Intelligence says Taliban could take over Kabul in 90 days

Tajikistan has a Russian military post and is a part of a Moscow-led military bloc, which means that Moscow would be obligated to defend it in the case of an invasion.

The Taliban is fighting to overthrow the US-backed government and restore strict Islamic law in Afghanistan. The administration and its allies have been stunned by the pace with which the organisation has advanced in recent days.

The newest bloodshed occurs as foreign forces commanded by the United States leave the nation.

An official claimed the Taliban took control of another city in northern Afghanistan on Wednesday, making it the group’s ninth province capital in six days.

Faizabad, the capital of the northeastern Badakhshan province, was taken as President Ashraf Ghani flew in Mazar-i-Sharif to rally the city’s defenders as Taliban troops closed in on the north’s largest city.

Many of Afghanistan’s northern districts bordering ex-Soviet Central Asia are currently controlled by the Taliban, who were ousted from power in 2001.

The group was never entirely in control of the north during its tenure from 1996 to 2001, but it appears to be doing so this time before moving in on Kabul.

The group’s strongholds are in Afghanistan’s south and east.