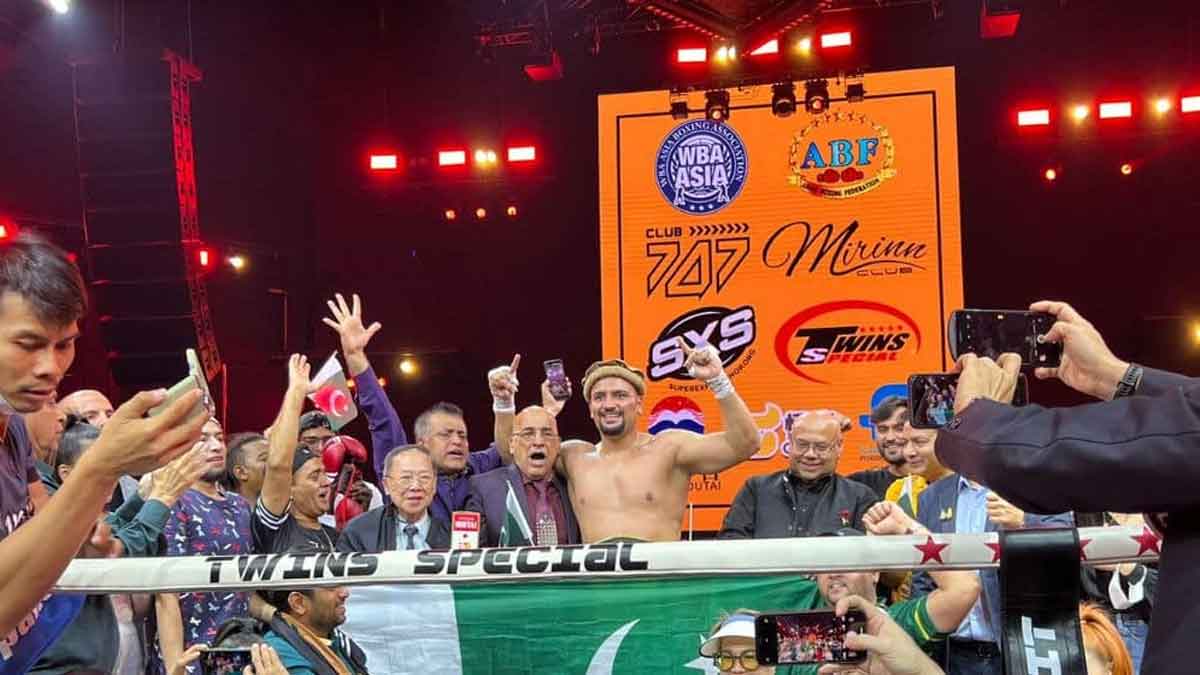 The Indian boxer was knocked out in the fourth round by Taimur Khan, who has gone undefeated in six battles and is equally focused on winning the World title.

Shaheer Afridi, from Sindh Police and a member of the Pakistani squad, kept his advantage throughout the contest and eliminated Israr Usmani in the opening round.

Afridi, also known as the Markhor, is a member of the Sindh Police Rapid Response Force and has participated for Pakistan in six games, winning five of them and drawing one.

Nadir Baloch, a boxer from Karachi, beat his Thai opponent in a different contest to win the Featherweight Continental Championship of the Asian Boxing Federation.

In a media interview, Kaleem Azad, secretary of the Pakistan Boxing Council, praised the nation’s boxers and made hints about organizing a hero’s welcome for the three athletes who honourably represented Pakistan.