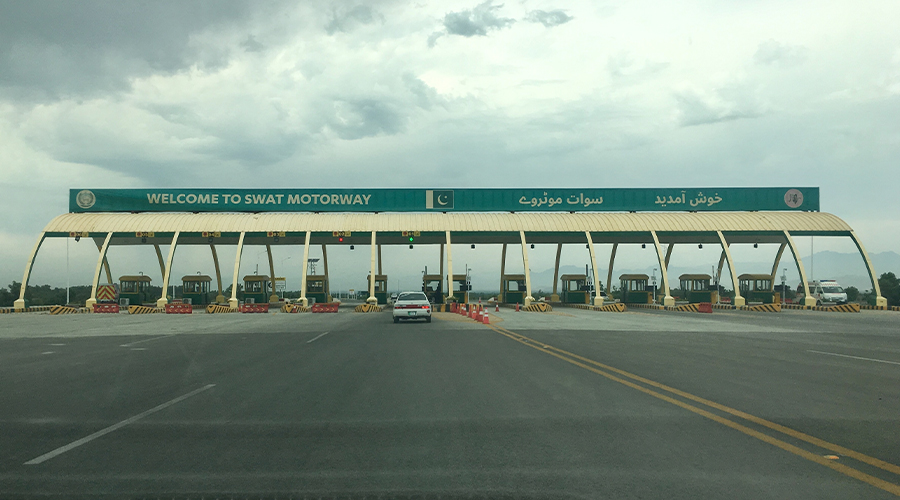 The Swat motorway which is called M-16 or Swat Expressway is 160 kilometer-long, four-lane motorway and provincial controlled-access highway in Khyber Pakhtunkhwa.

Phase-I of this big project was completed in June 2019 which connects the existing M-1 motorway at Nowshera to Chakdara. This road covers the area from Nowshera to Chakdara in Lower Dir District, passing through Swabi, Mardan, Malakand, and Swat Districts.

The first phase of Swat motorway was inaugurated in August 2016 and was opened for traffic on 3 June 2019.

It was a revolutionary step that reduced the traveling time from Nowshera to Chakdara from three hours to one hour only. Swat Motorway has reduced the road accidents on the existing National Highway N-45 which passes through built-up towns of Rashakai, Mardan, Takht Bhai, Shergarh, Sakhakot, Dargai and Batkhela as it was highly crowded.

The Phase-II of the swat motorway is 79 kilometers long. It will pass through Chakdara, Shamozai, Barikot, Mingora, Kanju, Malam Jabba, Sher Palam, Matta, Khwazakhela, to Madayan.

Islamabad-Lahore motorway was the first motorway in Pakistan which was proved revolutionary. The most benefited cities/areas from this Motorway were Faisalabad and Sargodha, the people of which enjoyed far less time to reach their home towns from Rawalpindi/Islamabad.

The second motorway in Pakistan was the Islamabad-Peshawar motorway which also reduced the time of traveling from Islamabad to Peshawar.

Now the motorways are being constructed all over the country especially with reference to CPEC. The Swat motorway, especially the phase-2 of it, will promote tourism at a larger level. It was a long journey that involved a long time and exertion to reach Swat earlier.