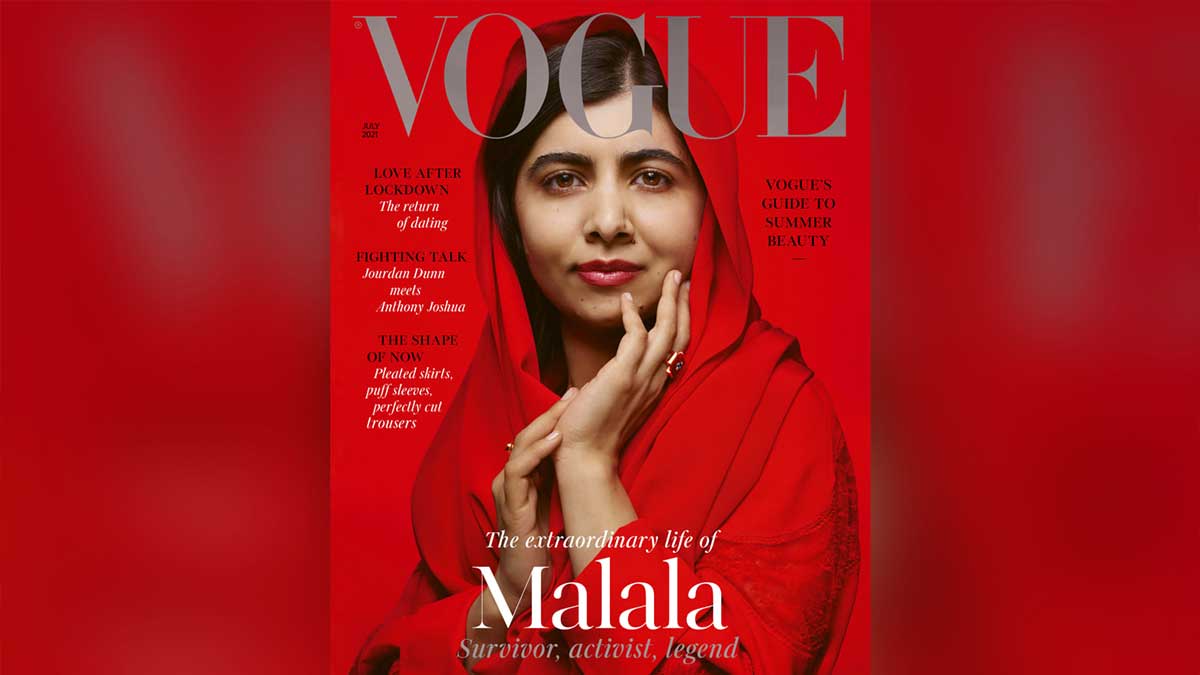 On Tuesday, the magazine announced that Pakistani girl, Malala will star on British Vogue’s July 2021, the *British Vogue* described her as activist, author, tireless campaigner for girls’ education, student and survivor. The magazine shared a photo of the cover of the July issue in which Malala can be seen in a striking red Stella McCartney dress, with the words “The extraordinary life of Malala. Survivor, activist, legend” at the bottom.

British Vogue Editor-in-Chief Edward Enninful shared a long note on Instagram as a nod to Malala, wrote, “When it comes to people I admire, @Malala Yousafzai is right at the top. At 23, the world’s most famous university graduate has already lived so many lives. Activist, author, tireless campaigner for girls’ education, daughter, sister, student and survivor. It’s hard to believe it was only a decade ago that she was a young teenager with a passion for learning, living in Pakistan’s Taliban-controlled Swat Valley, blogging about her experience for the BBC and giving a voice to girls denied the right to learn.”

He added, “In the July 2021 issue of @BritishVogue, she speaks to @SirinKale about everything from her post-uni wobbles to her move into TV production and her eloquent thoughts on wearing the headscarf – and even her trepidation about love and relationships. A new side to Malala is revealed.”

Malala Yousafzai is hoping to inspire girls everywhere with her latest magazine cover.

“I care a lot about my work and I worry about how long it would take to reach the goals we have set. People say, ‘Malala, don’t worry, it’s not your responsibility, leaders should worry!’ But if I have the capacity to do something to keep raising awareness, then I should,” she said.

Malala is the youngest Nobel Peace Prize winner in history but these are not her only accomplishment rather she has published a moving memoir, spent her 16th birthday addressing the UN, established her own namesake fund and is an activist who campaigns for safe education for girls across the world. She announced the exciting news on social media.

“I know the power that a young girl carries in her heart when she has a vision and a mission — and I hope that every girl who sees this cover will know that she can change the world,” Yousufzai posted on Twitter.