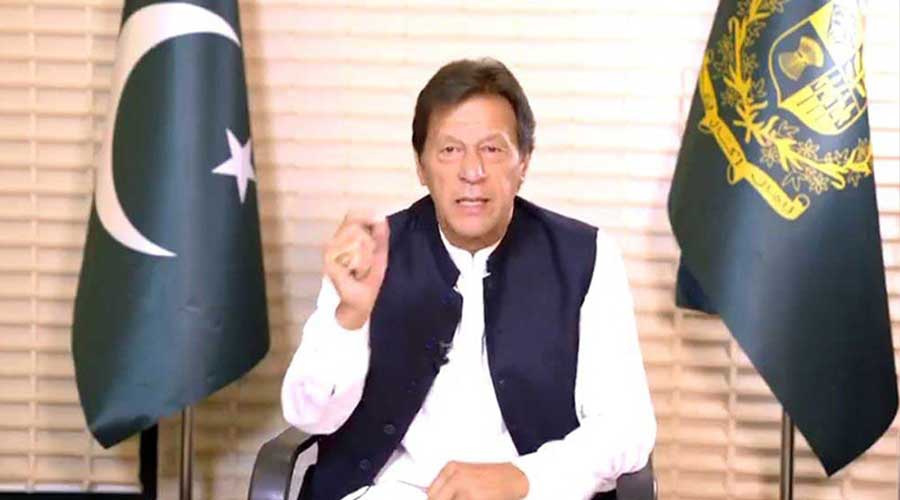 Prime Minister of Pakistan Imran Khan urged the international community while addressing a UN panel to take “decisive actions” to counter illicit flows of money and said that the “stolen assets” of developing countries must be returned immediately.

On Thursday, while addressing a high-level panel on Financial Accountability Transparency and Integrity (FACTI) on the sidelines of the ongoing 75th United Nations General Assembly session, the premier said, “Stolen assets of developing countries including proceeds from corruption, bribery, and other crimes must be returned immediately,” he said while suggesting steps to investigate money laundering and the usage of illicit money.

He further said that billions of dollars are lost due to tax evasion every year by multi-national companies “trillions of dollar black money is stored in tax heaves,” he added.

Mr. Imran Khan while addressing the UN then demanded, “The authorities in heaven destinations must impose strict penalties on those financial institutions which receive or utilize such [illicit] money and assets.”

Furthermore, the enablers of corruption and bribery like lawyers, accountants, and other mediators must be monitored, he added, “The beneficial owner of foreign companies must be revealed immediately upon inquiry by the affected government.”

The Prime Minister also said that there should be no permission to multi-national companies to resort to profit shifting for moving their operations to low tax jurisdictions in a bid to avoid taxes. He further told the UN panel that protecting the precious assets of developing countries has become very important due to the big crisis of the coronavirus pandemic.

Then he warned the world leader, “Unless these steps are taken the difference between rich and poor countries will keep growing. The developing countries will get impoverished.”

The key event was organized to present the interim report of the panel that identifies the systemic shortcomings of the existing international frameworks for tax cooperation, anti-corruption, and anti-money laundering.