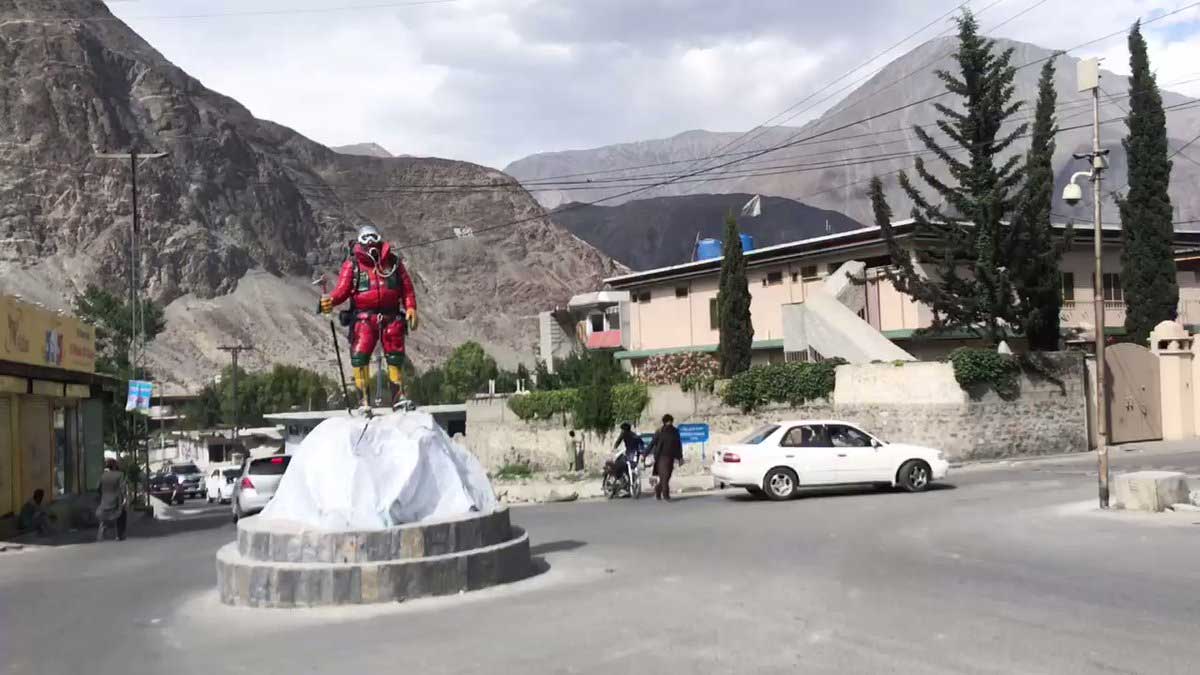 Late climber Muhammad Ali Sadpara (1976-2021) has been privileged with a monument at MP Chowk in Gilgit’s Sonikot. The roundabout is renamed Sadpara Chowk, his son Sajid Ali Sadpara posted on Twitter.

The monument shows Sadpara in climbing gear, complete with an oxygen device, provoking some to say on Twitter that it should be removed since the hiker was not using any in his last climb.

Sources had also reported that Sajid was also a part of Sadpara’s last mission but he returned back as he started feeling sick and the mask regulator on the oxygen tank also started to leak.

While giving the interview Sajid said that Sadpara wanted Sajid to keep climbing as a week ago the Nepalese had climbed the mountain and he also wanted to as well since it was “our mountain”.

Moreover, Sadpara senior was a high-altitude climber, who was a member of the world’s only team to ascent Nanga Parbat in the winter of 2016.

During his climbing expedition, he also ascend eight of the world’s 14 highest mountains, four of which he climbed in the same year.

The great mountaineer went missing on February 5, 2021, while trying to climb K2 in the winter, along with two other climbers: Chile’s Juan Pablo Mohr and Iceland’s John Snorri – while climbing K2, the world’s second-largest peak at 8,611meter or 28,251 feet.

However, he was legally declared dead on February 18 but unfortunately, his body could not be found till the summer of 2021.

Last year in March, the former Khyber Pakhtunkhwa chief secretary, Dr. Kazim, had inaugurated a climbing wall in the honor of a legendry mountaineer at the Qayyumabad Stadium in Peshawar.

In addition to the climbing wall, Paani Project, a USA-based NGO, dug and named a well after Sadpara as well.