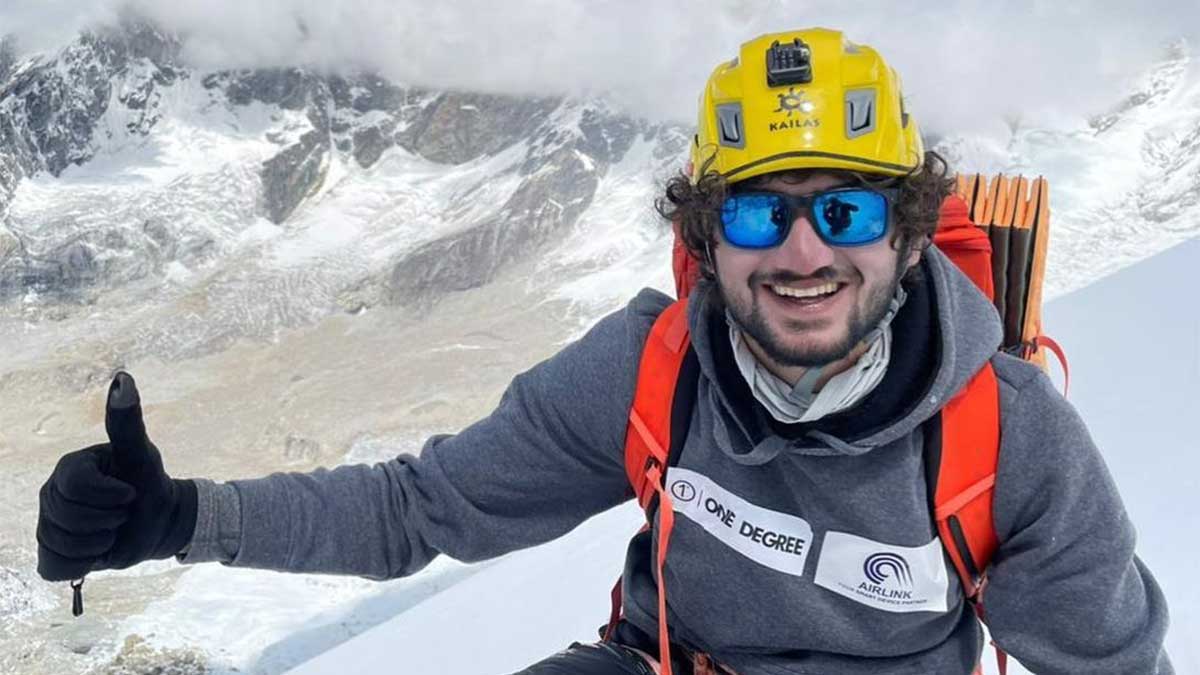 Shehroze Kashif, a Pakistani climber, on Thursday created history as he became the youngest person in the world and first in his country to reach the peak of Kanchenjunga, the world’s third highest summit (8586meter) in Nepal.

The 26-year-old climber was accompanied by Rudi Bollaert of Belgium, Namja Bhote, Purnima Shrestha and Ming Temba Sherpa of Nepal, and Ariunzul Chuluunbaatar of Mongolia during the journey organized by Seven Summit Treks.

The Lahore resident already has the distinction of being the first youngest person in the world to summit two highest peaks.

Karrar Haidri, the secretary of Alpine Club of Pakistan, said the Kanchenjunga scaled by Mr. Kashif was reported at 3:05pm PST on Thursday.

Meanwhile, the organizers stated from logistics to base camp management to gear arrangements to information sharing, Shehroze Kashif had done everything independently on summit expeditions unlike other climbers, who acquired the services of a manager.

They added that Mr. Kashif reached the base camp of Kanchenjunga on April 15.

The Alpine Club of Pakistan and Pakistani climbers praised Mr. Kashif for his outstanding achievement.

“Youngest in the World! First ever #Pakistani to raise Green Flag,” Kashif tweeted.

Moreover, Sirbaz Khan of Gilgit-Baltistan started his Kanchenjunga summit push on Thursday for the second time this week. The mountaineer had established the base camp at 5,500 metres on April 5.

Expedition organizer Saad Munawar informed  the media persons that Sirbaz Khan along with other members of his team had begun the climbing expedition on April 27.