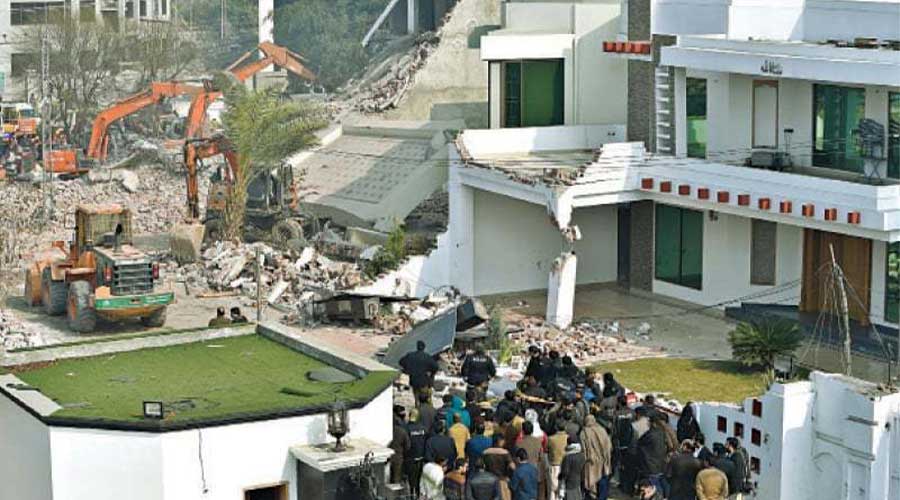 The government had retrieved 8,085 acres of illegally occupied state land worth Rs 210 billion from Punjab over the course of the past two-and-a-half years, claimed Shahzad Akbar.

“This is the reality behind the hue and cry being raised by the PML(N).” Shahzad Akbar, the Adviser to the Prime Minister on Accountability and Interior Mirza Shahzad Akbar said these words on Monday while telling about the recoveries worth Rs 210 billion from Punjab during the last two and a half years.

Targeting the PML(N), he claimed that 36 leaders belonged to the former ruling party from whom the recoveries have been made. The land of 8085 acres has been taken back from them.

He while addressing a press conference in Islamabad, said that the leaders of PML(N) have been accusing the government of revenge, in fact, this is nothing but a technique to save their skin. Talking about the recent action in Lahore where the big house of the Khokhar brothers has been demolished.

The Advisor further said that they had grabbed land belonging to the government worth Rs 1.5 billion. He said that the land worth Rs 92.5 million has been taken back from Khurram Dastagir which had been turned into a park.

He added that the performance of the government of Punjab has been excellent as the job of recovery of these lands was not an easy task. The Advisor explained that that the occupied land was mostly forest or agricultural land.

Accusing Khawaja Asif, he said that “he also occupied a housing society.” The district administration of Sialkot launched an operation to recover the land which was reserved for graveyard and parking but was occupied by the Kent View Housing Society. The management of the concerned society built a four-story building on the site. The district administration and municipal corporation officials in the presence of policemen demolished the illegally constructed huge building.