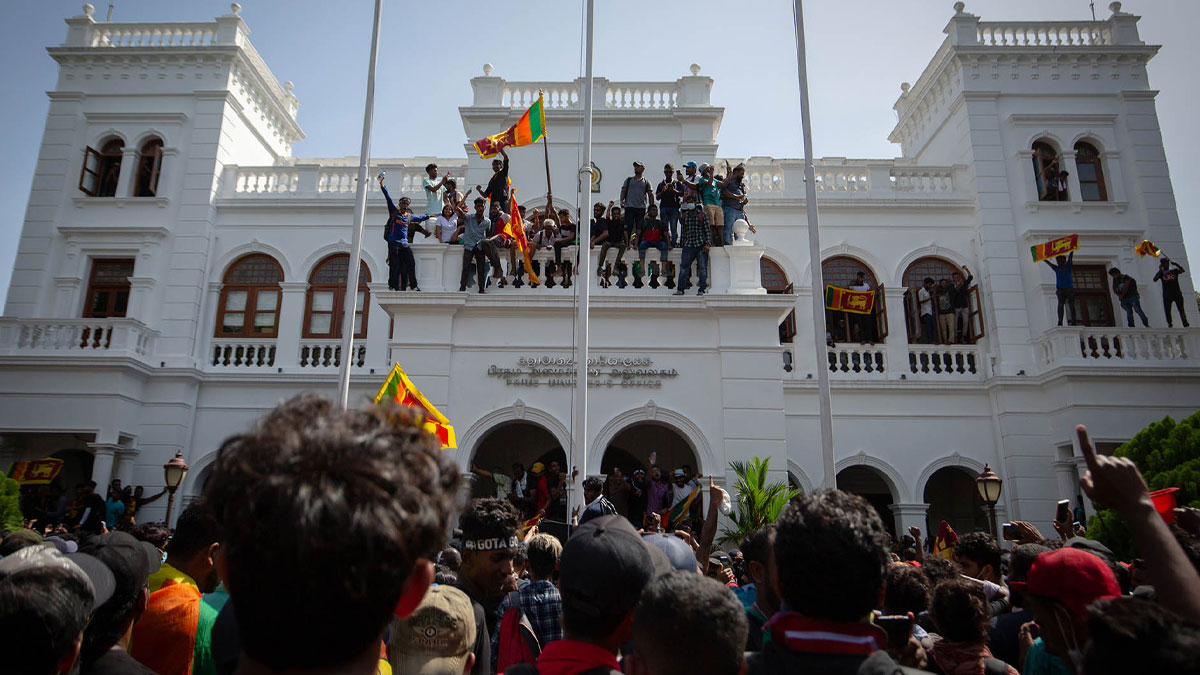 The parliamentary speaker announced that Gotabaya Rajapaksa, the embattled president of Sri Lanka, has resigned officially following a dramatic week that saw him flee the nation after demonstrators ransacked his offices and presidential residence.

Rajapaksa is currently hiding out in Singapore after leaving the Maldives on Wednesday. The formal resignation announcement was postponed until Friday while the speakers’ office validated the letter, which was transmitted late on Thursday night first by email and then the original via diplomatic flight.

Sri Lanka was in a political limbo for more than 36 hours as a result of Rajapaksa’s decision to leave without quitting, and tensions were high in the nation, which was still under an emergency declaration.

Read more: Sri Lanka to turn off all street lights until March 31 to conserve electricity

Ranil Wickremesinghe, the prime minister, will be sworn in as an interim president on Friday, according to the constitution, and will maintain the position until a new vote is held by MPs in parliament next week. This was confirmed by Abeywardena. The speaker said that the procedure for electing and certifying a new Sri Lanka president would likely take seven days.

Abeywardena asked all political party leaders to “extend their support” and “uphold democracy” during the transition in order to ensure a smooth choice of the new president.

In order to start the process of establishing a new all-party “unity” government made up of numerous political groups, Parliament will now reassemble on Saturday. The major opposition party’s leader, Sajith Premadasa, is expected to be the candidate put out by the opposition parties at their meeting this morning.

The president, however, had held to power, much to the outrage of protesters on the streets, while all of his family members had been set to quit in recent months as a result of public pressure.

The biggest economic crisis Sri Lanka has experienced since gaining independence in 1948, which resulted in acute shortages of fuel, food, and medications, is widely attributed to Rajapaksa. He is charged with systemic corruption and financial mismanagement, along with several members of his wealthy family who held governmental office.

Since being removed from his residence on Saturday morning, when tens of thousands of people gathered in Colombo to demand his resignation, the president has not directly addressed the people of Sri Lanka.

To allow a “peaceful transition of power,” he had agreed to relinquish control on July 13; nevertheless, the date had passed with no trace of his letter of resignation. While in office, Rajapaksa enjoys immunity from arrest, and many people thought he was seeking for a safe haven country before stepping down from the presidency to shield himself from prosecution for long-standing allegations of war crimes and corruption.

It is reported that Rajapaksa has not applied for refuge in Singapore, according to the government authorities, and his location is still unknown.