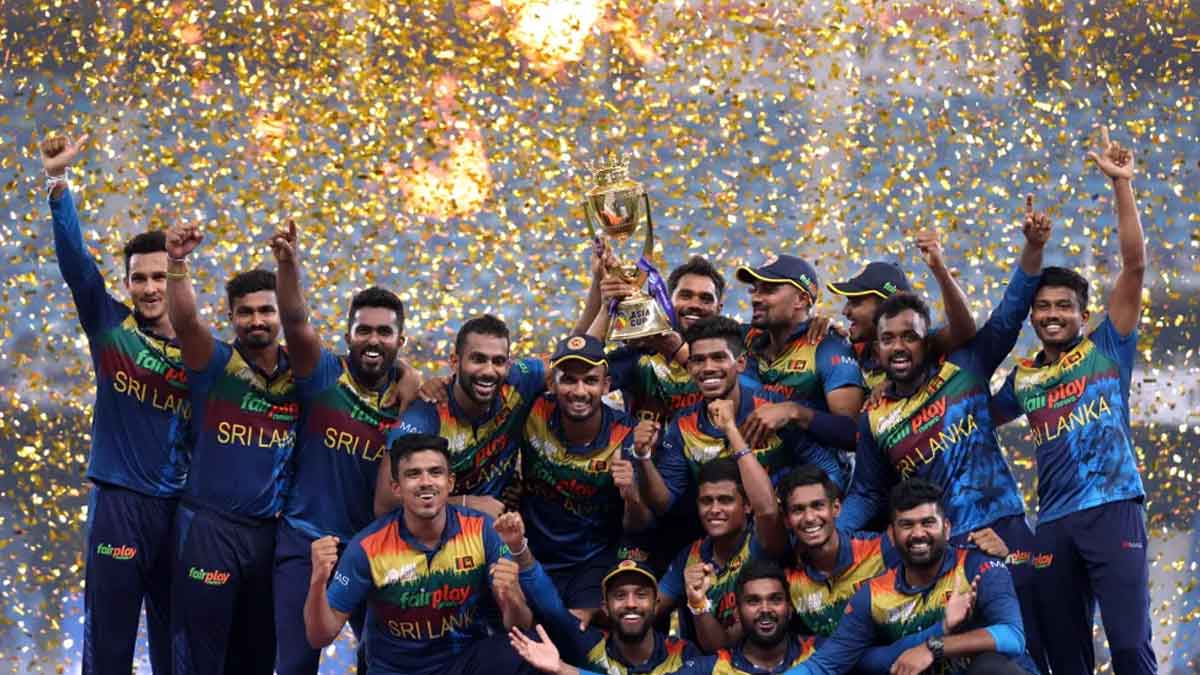 At the Dubai International Stadium, Rajapaksa slammed an unbeaten 71 to help Sri Lanka overcome a top order failure and reach 170-6.

When Sri Lanka came to bowl, Hasaranga had taken three wickets in a single over, and Pramod Madushan had a career-high 4-34 to bowl out Pakistan for 147 in 20 overs.

When Sri Lanka was given the opportunity to bat, their top order quickly collapsed, leaving them at 58-5 in the ninth over.

With his third delivery, Naseem Shah took the wicket of Kusal Mendis. After that, Pathum Nissanka and Danushka Gunathilaka were both out in consecutive overs by Haris Rauf, and Dhananjaya de Silva’s 28-run knock was ended by Iftikhar Ahmed’s brilliant return catch.

At the midway point of their innings, with Sri Lanka 67-5, Hasaranga and Rajapaksa formed their most successful combination, scoring 58 runs off of just 36 balls.

Hasaranga was then dismissed by Rauf but Rajapaksa was still unbeaten after a fiery innings that involved three sixes and six fours. His 45-ball blitz played a significant role in Sri Lanka’s 103 runs from the final 10 overs.

When Pakistan started batting, Madushan stunned Pakistan by taking two wickets in two deliveries. Babar Azam was caught at the short fine leg, while Fakhar Zaman pulled the subsequent ball onto his stumps.

After that, Iftikhar and Rizwan teamed up and made a slow partnership in which Iftikhar played a slow innings and scored 32, while Rizwan made fifty and added 55 runs on the board.

When Hasaranga dismissed the dangerous Rizwan, Asif Ali, and Khushdil Shah in the same over, Pakistan’s chase was severely thwarted.

The Asia Cup title would be even better for Sri Lanka, which, despite maintaining the title of hosts, was unable to organize the tournament at home due to a political and economic turmoil on the island.

While displaying some sportsmanship after the loss to Sri Lanka in the Asia Cup final, all-arounder Shadab Khan accepted blame for the defeat.

The all-rounder was severely criticized by the supporters, which demoralized him. In response, he rushed to Twitter to apologies to the fans and accept responsibility for the final defeat.

Catching wins games. I’m sorry for the loss, and I accept responsibility. I failed my team. Naseem Shah, Haris Rauf, Mohammad Nawaz, and the entire bowling attack were strong points for the squad, Shadab tweeted.

Mohammad Rizwan received praise from the Shadab for his exceptional performance throughout the competition.

Muhammad Rizwan struggled valiantly. Everyone on the team gave it their all. I’d want to congratulate Sri Lanka,” he stated.

Our best fielder is Shadab. Shoaib tweeted, “Shadab Khan is just having a tough day.

The veteran all-rounder, who was left off the team for the T20 Asia Cup 2022, believed that Sri Lanka’s victory over the Green Shirts in the Asia Cup final was due to liking and dislike of the Green Shirts’ culture.

On his official Twitter account, Malik stated that “When will we move the past culture of friendship, liking, and disliking, Allah always helps the honest.”

Shoaib Malik last participated for the senior national squad in November 2021. He was a crucial part in Pakistan’s progress to the T20 World Cup 2021 semifinal. The 40-year-old has been playing well in the National T20 Cup, where he most recently helped Central Punjab to a half-century.