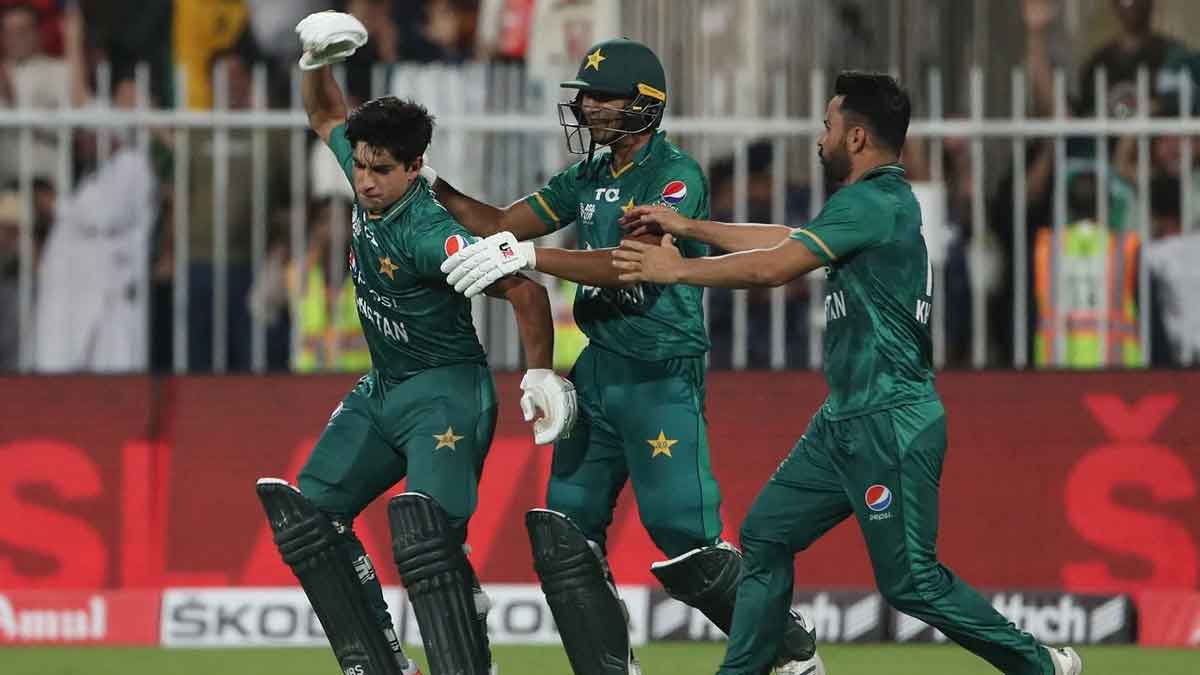 Pakistan overcame Afghanistan by one wicket in a low-scoring thriller after Afghanistan had been asked to bat first by Babar Azam and had set Pakistan a 130-run target.

Afghanistan’s dismissal for 130 seemed to seal the victory, but Mohammad Nabi and company’s outstanding bowling gave the Green Shirts a run for their money.

Pakistan lost Fakhar Zaman and Babar Azam in the first six overs. However, when Pakistan lost in-form Mohammad Rizwan at the end of the ninth over with just 48 runs on the board, it appeared as if the Men in Green were in difficult situation.

Iftikhar Ahmed and Shadab Khan’s 42-run partnership helped guarantee that by the end of the 16th over, the mark was within reach despite persistent pressure from Afghanistan’s bowlers.

After the partnership was broken and Pakistan lost cheaply quick wickets, then the tides changed in Afghanistan’s favour.

Pakistan needed 21 from 12 balls in the final two overs and only had three wickets in hand. Fareed Ahmad took two wickets in the second to last over, including Asif Ali, who was the key player of Pakistan to end the match in style, but did not finish this time.

Pakistan only had their numbers 10 and 11, Naseem and Mohammad Hasnain, on the crease at the end of his over, needing 11 off 6 balls.

However, Pakistan was able to wrest victory from the jaws of defeat thanks to Naseem’s two sixes off the first two balls of the final over. Pakistan will now play Sri Lanka in the Asia Cup final thanks to the one-wicket victory.

When Afghanistan’s openers began to hit the ball over the park, they were off to a great start and appeared poised to post a large score.

To add two new batters to the crease, Haris Rauf removed the dangerous Rahmanullah Gurbaz in the fourth over and Mohammad Hasnain struck Hazratullah Zazai.

After the openers were out, Babar brought Mohammad Nawaz and Shadab, whose accurate bowling put pressure on Afghanistan.

From that point on, Afghanistan was controlled by the bowlers’ continuous dismissals and the Men in Green’s tight bowling.

Only two boundaries by Rashid Khan in the last over allowed Afghanistan to reach 129-6 and set Pakistan a 130-run target.

Haris finished with two wickets for the Men in Green while Nawaz, Shadab, Hasnain, and Naseem each claimed one.