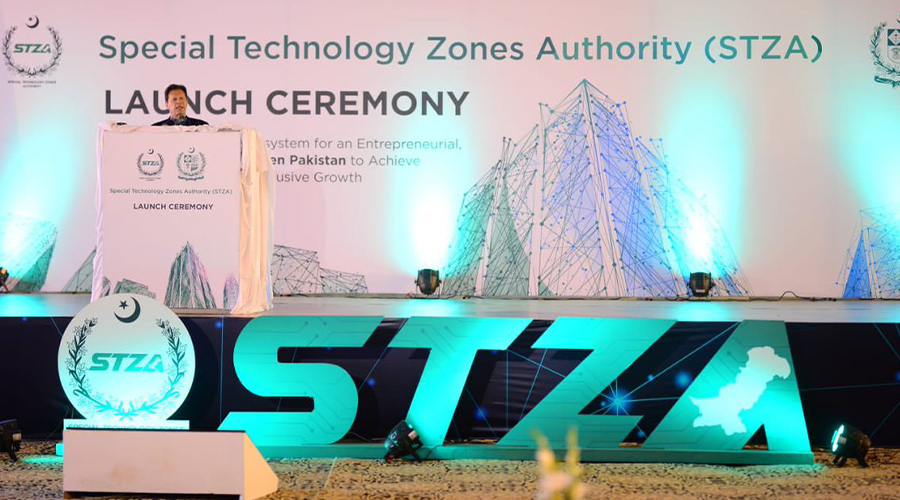 With the new STZ Authority, the government is of the view that the initiative will not only play its role to boost the economy of the country rather it will generate ample job opportunities for the youth.

Officials, on Sunday, while giving details of the purpose of establishing the authority said that STZA would help trigger the growth of scientific and technological ecosystem in the country.

Moreover, the initiative launched by Prime Minister Imran Khan had specific mandate to facilitate the development of Special Technology Zones (STZs) in the country.

“These zones will help increase high-tech exports of Pakistan and facilitate technology transfer from major global science and technology hub,” he added.

The authority would play its full role to facilitate the establishment of a national collaborative knowledge based ecosystem by bringing together government, industry, universities and research and development entities for new industrial development

“The STZA will be the leading government organization mandated to promote dynamic national innovation system in the country,” he said.

Amer Ahmed Hashmi has been appointed as the chairman of Special Technology Zones Authority who is a prominent technology entrepreneur and a senior strategic management professional with extensive global experience of high-tech development and innovation-focused triple-helix formation (model of innovation).

The new chairman of STZA said that new industrial research parks, high-tech development zones, innovation districts and special economic zones, under this initiative would be established as similar initiatives had led to rapid industrialization in countries such as China, Japan, and South Korea.