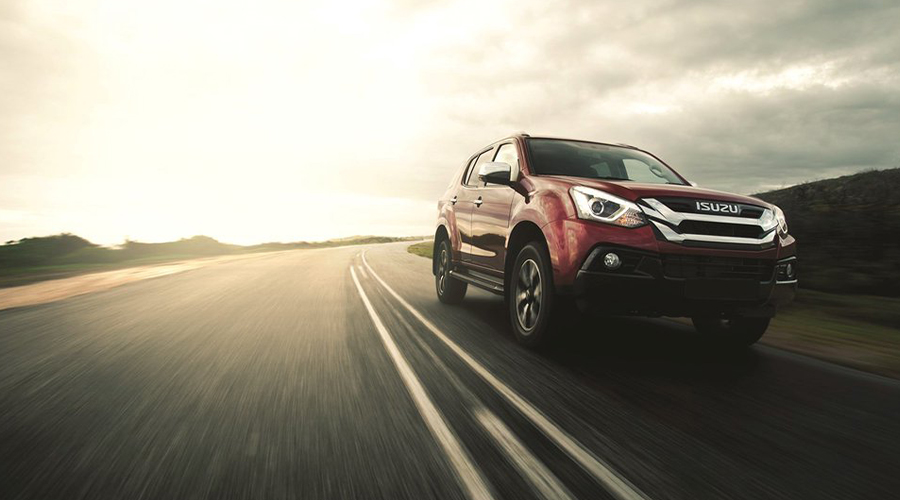 Isuzu is planning the launch of its seven-seater midsize SUV MU-X in Pakistan but the company has not shared any timeline for the release.

According to the reports, Ghandhara Industries Limited (GIL) plans to launch the Isuzu MU-X SUV in Pakistan that would be competing against Toyota Fortuner and KIA Sorento.

MU-X is a body-on-frame SUV with 3-row seating, like the Toyota Fortuner. In addition, like the D-Max, a 3.0-liter turbocharged 4-cylinder diesel engine that produces 174 hp and 380 nm of torque is most commonly offered on the international market and is connected to a 5-speed automatic transmission that sends power to all four wheels.

Though, the suspension configuration of the MU-X is designed for comfortable driving on the roads, unlike the D-Max. Where the D-Max features a heavy load carrying leaf-spring setup at the back, the MU-X features a much more complex multi-link coil-spring setup outback that allows for a smooth ride.

Back in 2018, the Isuzu D-Max was introduced in Pakistan. Since then, the truck has reportedly grabbed 15 percent of the Toyota Hilux Revo pickup truck’s market share.

However, media reports indicate that the price of the vehicle increased due to the depreciation of the local currency in the midst of the lockdowns of COVID-19 that also resulted in a significant decrease in demand.

Also, with the shutdown of economic activities during the lockdown, the production and supply of vehicles also decreased significantly. GIL, however, is regaining its lost energy and is planning to enter Pakistan’s growing SUV market which recently had Glory 580 Pro, Kia Sportage, Hyundai Tucson, Proton X70 and MG JS SUVs.