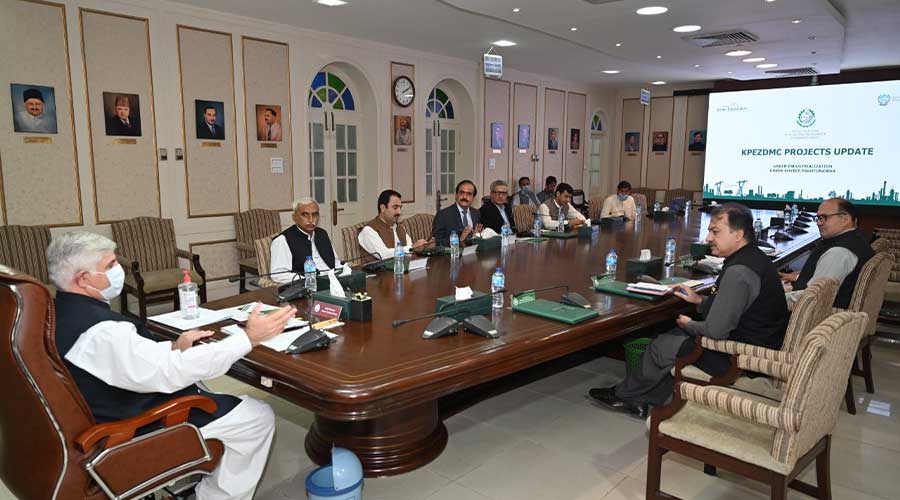 Six economic zones in Khyber Pakhtunkhwa have been given the final shape and they are likely to be inaugurated by February 2021.

A special meeting with reference to the economic zones held under the Chairmanship of Chief Minister KP, Mahmood Khan. The meeting was briefed and the government finalized the preparations for the commercial launching of six new economic zones in the province. The zones would be launched phase-vise from November this year to February next year.

Moreover, the preparations of the 3125 acres Daraban Special Zone, 408 acres Bannu Economic Zone and 126 acres Buner Economic Zone are also on the way. The Chief Minister said that the future of the province is dependent on industrialization, for the industrialization in the whole province, effective planning is being done. He instructed that the timelines on the establishment of economic zones must be kept in view.

There are already existing two very important economic zones/Industrial states in Khyber Pakhtunkhwa, Hattar industrial state, and Gadoon Amazia industrial state. Chief Minister, Mahmood Khan should also look into the present condition of these industrial states. There is a number of industrial units which have been closed for a long for one or the other reason.

It will be advisable if a high-level committee is constituted that may be given the task of finding out the reasons for the closure of many industrial units. Unemployment is one of the biggest issues in the country. After resolving the issues which are causes of the closure of these industrial units, thousands of people will get jobs on an immediate basis.

The weakening infrastructure like broken and crowded roads is one of the important problems, especially in the hatter industrial state. This is also important to start the industrial activities on an urgent basis because due to the aggravating condition of Corona in India and Bangladesh, the International market has the aptitude of purchasing the items from Pakistan.

Opening of the closed industrial units, not only in these economic zones will better the economic condition of the country, rather all industrial units which are closed may be opened with special focus by the provincial and federal governments.