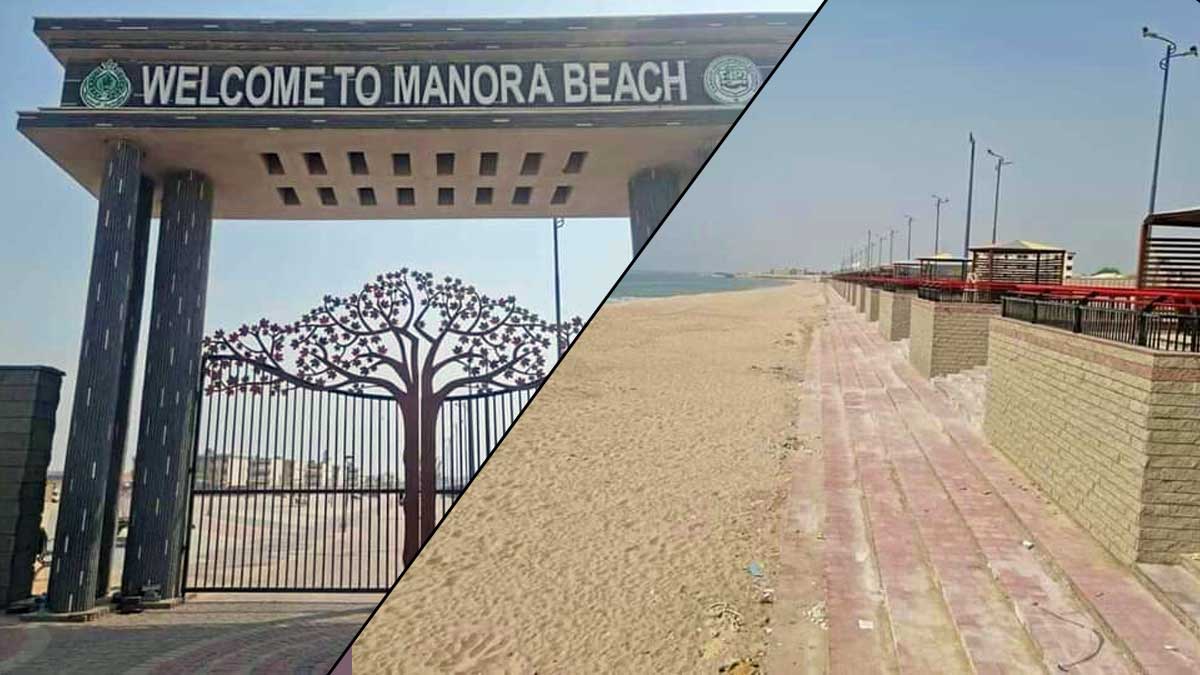 ‘Manora Waterfront Beach’ has been inaugurated by Sindh Chief Minister Murad Ali Shah on Saturday. The project worth Rs 650 million was recently completed in Karachi’s Kemari district to increase the number of recreational facilities in the city.

Speaking to the media at the inauguration ceremony the chief minister informed that the project encompasses a newly-developed beach that is one of the most attractive entertaining places the government has developed to provide a secure, safe, and clean family recreational place for the people of this metropolis.

“We are also planning to develop a jetty at Seaview to start a ferry service from Clifton area to Manora beach,” he said.

The meeting was joined by provincial ministers including Syed Sardar Shah, Nasir Hussain Shah, Administrator Karachi Murtaza Wahab, and others.

“The project is a part of an overall development scheme for Karachi… this will provide recreational facilities to the residents,” the CM said.

Moreover, the chief objective of increasing such services and places is to fascinate visitors which will “eventually improve the development of this area” and produce incomes, he said.

The CM further added that the key fascination of Karachi is its beaches and coastline which separate the port city from the rest of the country.

He said that attributable to the lack of entertaining avenues, especially for middle and lower middle-class families, people only rush to Hawkes Bay, Sea view, and other infantile beaches.

“Since those destinations are just beaches and not developed thus they got stale, there is a dire need of some new developments to provide an area for public refreshment,” he said.

Moreover, Murad Ali Shah told his visit to Manora two years back in which he was given a comprehensive briefing about the utmost need for the area development. “Despite Covid and other issues we developed the area,” he said.

The CM Sindh said that Manora has a rich history. “It is said that the fleet of Alexander the Great had anchored at Manora and then during the Talpur era a port was developed to protect the city.”