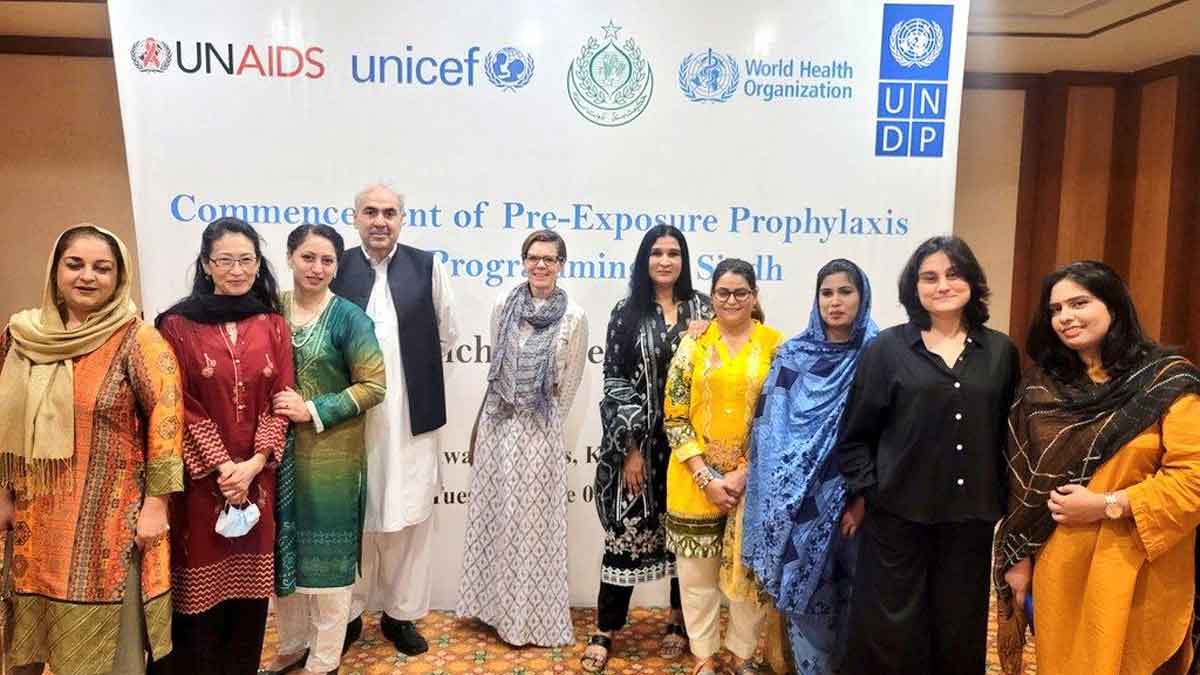 The government of Sindh has formally initiated an oral medicine programme in order to prevent ‘high-risk populations’ from developing HIV infections.

On Wednesday, the media reported, the Sindh government initiated an oral medicine programme called pre-exposure prophylaxis (PrEP). While introducing the programme, Dr Jumman Bahoto, Director General of Health Sindh, said, “We are initiating the pre-exposure prophylaxis (PrEP) programme in Sindh to prevent persons from high-risk populations from becoming HIV positive, in response to an increase in new HIV infections. Sindh has always been a leader in making early decisions in the field of health, and others will undoubtedly follow suit.”

According to experts, when taken daily as directed, oral medicines called PrEP can reduce the risk of HIV infections by more than 90 percent.

Director General of Health Sindh also said that the PrEP scale-up is still concentrated in a small number of countries. “Sindh health department, in partnership with the United Nations in Pakistan, has set a precedent in the country today by launching community-based-Priep PrEP for key populations and sero-discordant couples. PrEP offers an additional HIV prevention choice along with other preventive measures,” he added.

Meanwhile, Dr Ershad Kazmi, Additional Director, CDC Sindh said, “Pakistan saw an 84% increase in new HIV infections between 2010 and 2020, and new HIV infections cannot be stopped unless bold steps are taken today. PrEP is a step in the right direction because it offers a significant strategic opportunity to precision target prevention programmes for key populations. For administering PrEP to sero-discordant couples and key populations, formal linkages have been established between ART Centres and the outreach component of the current program.”