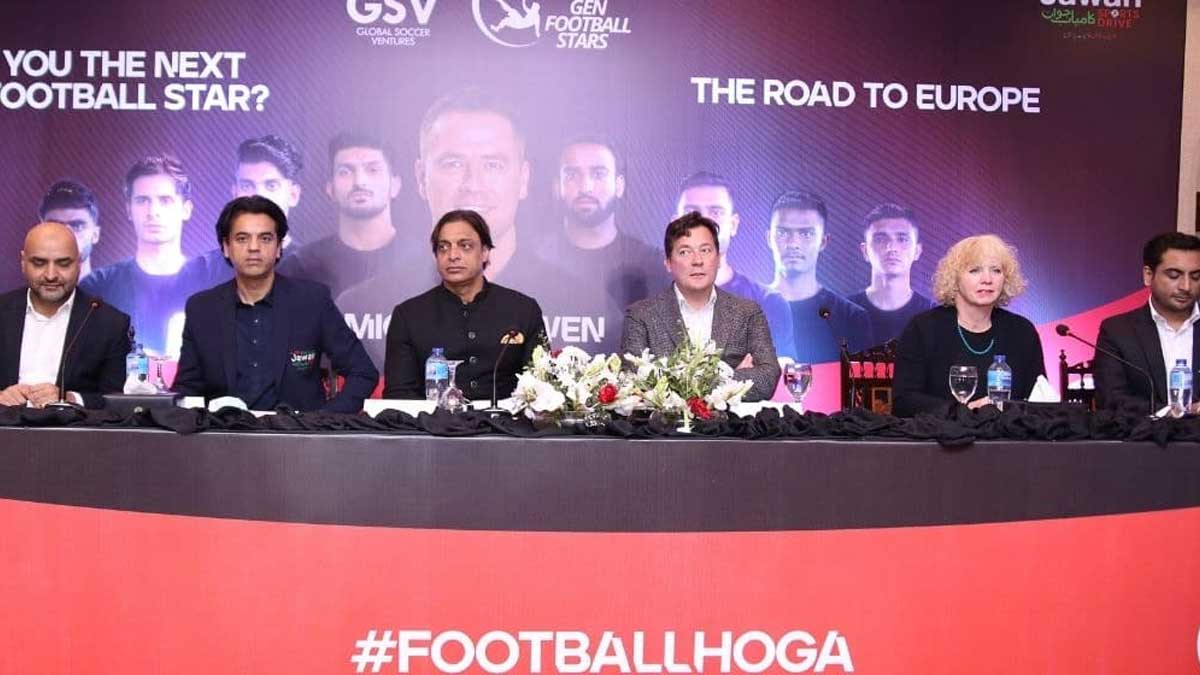 The route to the United Kingdom and Ireland has now become unstoppable, according to a statement published in this regard, with the world’s fastest bowler, Akhtar, focusing his mind on assisting Pakistan fast track football.

With GSV, Akhtar will also play a pivotal role in shaping the future of football in Pakistan.

GSV in Pakistan is investing heavily in the trials, which will include the first UEFA scouting assessment on a national level in Pakistan, as well as talent identification in 10 cities across 11 venues, with the goal of offering life-changing careers through professional football contracts in Ireland.

At least 15-25 coaches have been chosen on the basis of merit to attend masterclasses to assist them improve their football coaching techniques and transfer abilities so that they can become certified train-the-trainers for Pakistani footballers and leave a long-term roll-out plan under the Kamyab Jawan Sports Drive.

“Football is here to stay for the right reasons to flourish and create an opportunity for Pakistani players,” GSV Chairman Yasir Mahmood said of the project. “With Shoaib Akhtar’s global recognition as a famous cricket hero, he will play a pivotal role in bringing football to the forefront of our nation’s attention.”

On the other hand, SAPM on Youth Affairs and Chairman Kamyab Jawan Program Usman Dar stated that the restoration of sports is the top goal of Prime Minister Imran Khan’s government, and GSV’s efforts to revive football in Pakistan ought to be applauded.