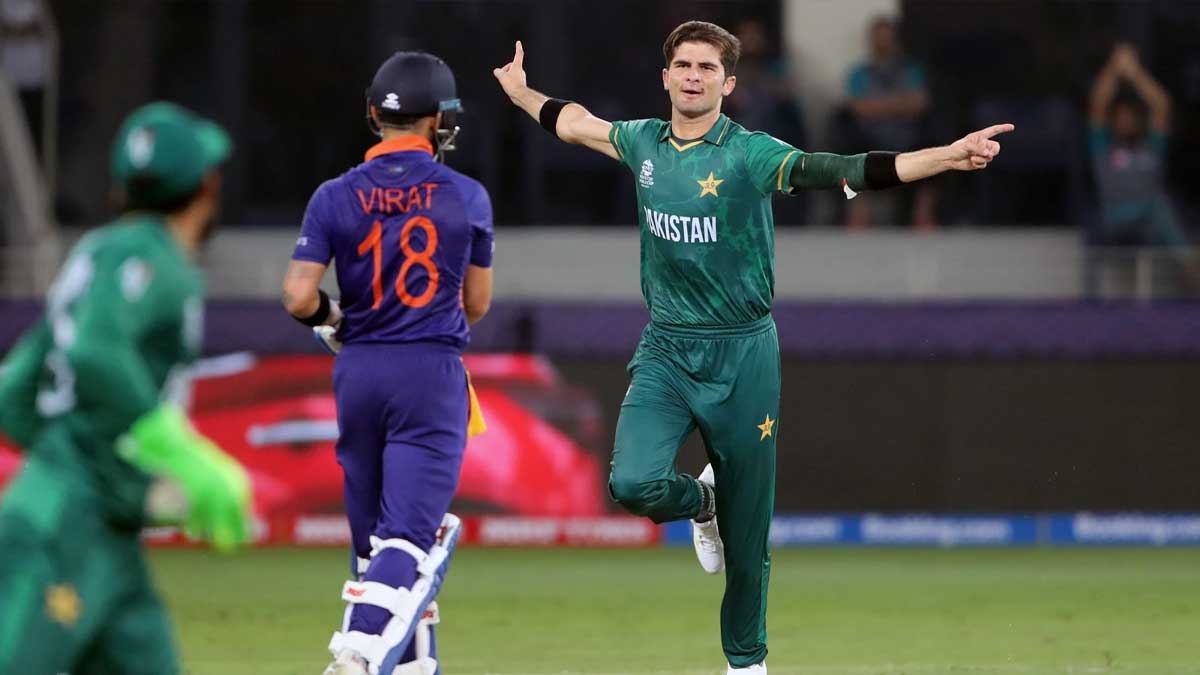 “The winner of the Play of the Tournament from the 2021 ICC Men’s #T20WorldCup is: Shaheen Afridi’s scorching opening spell against India,” ICC announced on Twitter, sharing highlights of his bowling from the blockbuster game.

The winner of the @Nissan Play of the Tournament from the 2021 ICC Men's #T20WorldCup is:

Shaheen Shah Afridi, the 6ft6inches pacer and the destructor of the Indian front line in T20 World Cup is only 21-year-old and the rising star of the Pakistan cricket. The Pakistan is famous to produce high end product in fast bowling and Shaheen Shah Afridi is the latest addition.

The 21-year-old dashed India’s dreams with a breathtaking run of fast bowling, relieved of the responsibility of sharing the same name as one of Pakistan greatest white-ball pioneers and inheriting Shahid Afridi’s number 10 shirt.

His 3-31 off four overs was the forerunner to Pakistan eventually breaking their World Cup jinx by defeating India for the first time in 13 attempts.