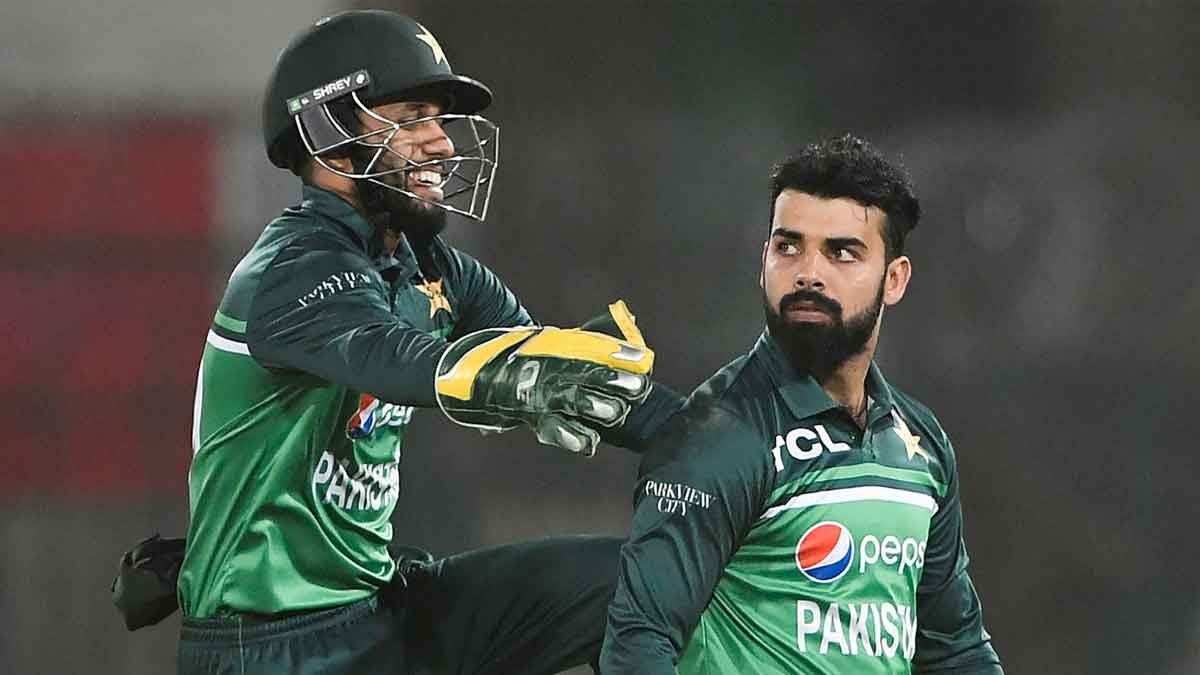 Shadab Khan struck a fighting half-century and took four wickets to help Pakistan beat the West Indies by 53 runs in the third and final day-night international in Multan, which was disrupted by a dust storm.

Imam-ul-Haq hit a stunning 68-ball 62, while world number one ODI batsman Babar Azam fell for one after three deliveries, an unusual collapse.

Shadab Khan’s leg spin took 4-62 to destroy West Indies for 216 in 37.2 overs, earning Pakistan 30 vital points in the ODI Super League, which serves as a qualifier for next year’s World Cup in India.

The 3-0 win moved Pakistan into fourth place in the 13-team ODI League table, with the West Indies in fifth place with 80 points.

The match was shortened to 48 overs-a-side due to a dust storm during Pakistan’s innings, but that did not stop Pakistan from winning the ODI series for the tenth time in a row over the West Indies.

Meanwhile, the first match, also played in Multan, was won by Pakistan by five wickets, and the second by 120 runs.

Earlier, it was part-time bowler Pooran who had wreaked havoc on Pakistan.

When winning the toss and electing to bat, Pakistan collapsed from 85 without loss to 117-5 after Pooran turned his arm over for only the second time in his 43-match ODI career to collect 4-48.

With Babar Azam’s unusual slip for one, the innings appeared to be unravelling, but Shadab made the most of his bat.

Shadab was bowled in the last over by West Indies bowler after hitting three sixes and four boundaries off 78 balls.

Pooran stepped up after Fakhar Zaman and Imam-ul-Haq given Pakistan a strong start, sensing the Multan stadium pitch’s ability to aid spin.

Pooran, who had never taken more than one wicket in his first-class career, took the wickets of Zaman, Haq, Mohammad Rizwan and Mohammad Haris in just 25 balls.

In 68 balls, Haq hit seven boundaries and a six for his 14th ODI half-century. He became the second player in ODI history to score seven or more fifties in a row.

Former Pakistani great Javed Miandad, who turned 65 on Sunday, holds the record for most consecutive ODI fifties with nine, which he achieved in 1987.

Azam, who had scored a century and 77 in the preceding two encounters, went leg-before to spinner Hayden Walsh.