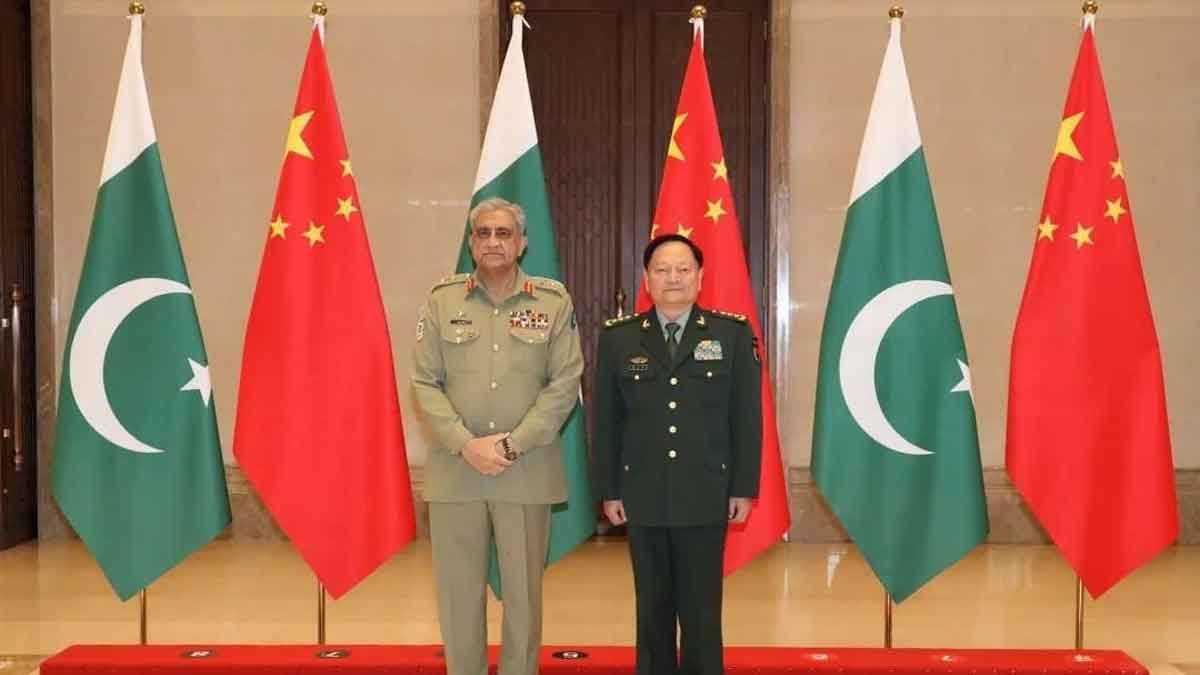 As relations between China and the West worsen, military chiefs of China and Pakistan increased their cooperation, building on what the official statement referred to as “their strategic alliance” in difficult times.

From June 9 to 12, a high-powered Pakistani delegation comprised of top military leaders from all three services – army, navy, and air force – travelled to China as part of the Pakistan China Joint Military Cooperation Committee (PCJMCC), which has an apex committee. The committee includes Pakistan’s army chief and the vice chairman of China’s Central Military Commission.

On the sidelines of a regional security discussion in Singapore earlier this week, the US and Chinese defence ministers met face to face, but the two sides exchanged words over a series of matters, including Taiwan and the Russia-Ukraine crisis.

The West has also put pressure on Pakistan to shift its attitude on the Russia-Ukraine crisis. Even after the change of government, Islamabad has been on a thin line.

The tri-service delegation held wide-ranging talks with senior officials of the China military and other government ministries, according to a statement released by the military’s media wing of Pakistan on Sunday.

According to the Inter-Services Public Relations, both parties addressed their opinions on the international and regional security situation, and expressed satisfaction with defence cooperation between the two countries.

It went on to say that despite difficult circumstances, Pakistan and China renewed their strategic alliance and vowed to keep exchanging opinions on subjects of mutual interest on a regular basis. Both sides also pledged to improve tri-service training, technology, and counter-terrorism cooperation.

Military diplomacy and military-to-military collaboration, according to observers, have taken on more role as a result of the fast-changing dynamics.

The present Pakistan army chief is the only military leader who has visited China on President Xi Jinping’s invitation.

The visit is part of the PCJMCC (Pakistan-China Joint Military Cooperation Committee), which has an apex committee, which is the highest organization in military cooperation.

In recent years, relations between Pakistan and China have improved dramatically in all areas, including defence.

Pakistan now depends mainly on China for defence equipment. Pakistan just received J-10 fighter jets from China. Pakistan is the only country that has received the warplanes since their admission into the Chinese military, indicating the two countries’ growing military cooperation.

Pakistan has been under pressure to keep the relationship between China and the West balanced. However, given the US’s strategic interests in the region and the danger of a new Cold War, maintaining that balance is getting exceedingly challenging for Pakistan.