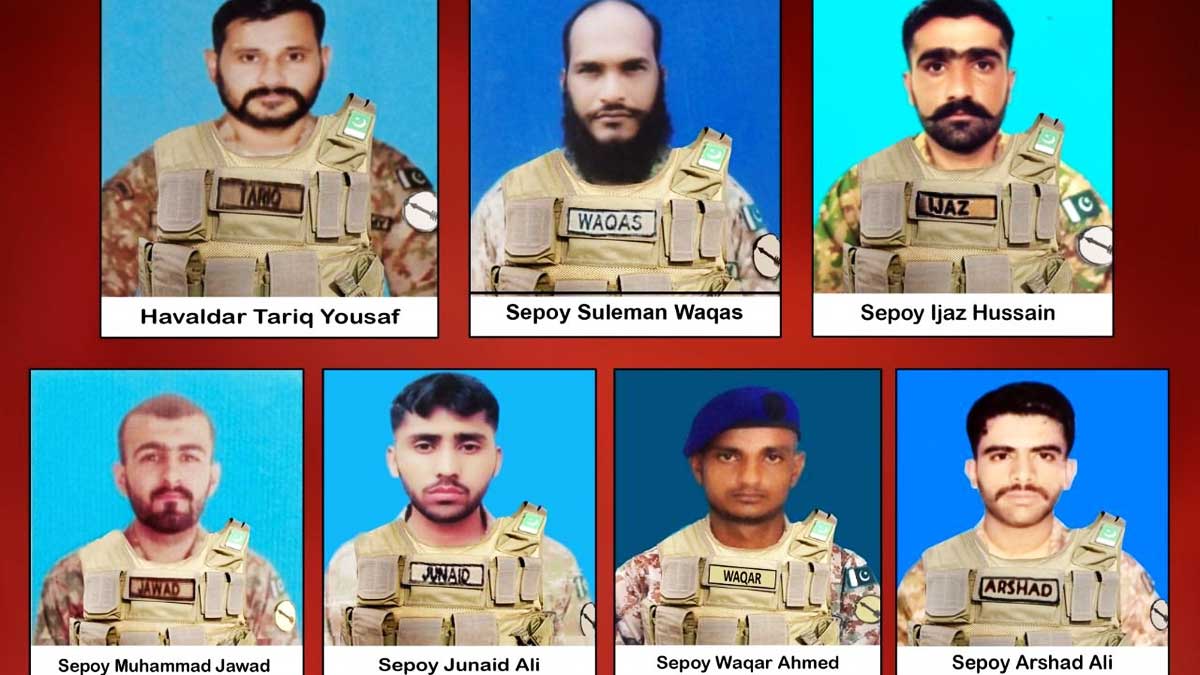 Terrorists attacked a military convoy in the Pak-Afghan border area in Khyber Pakhtunkhwa’s North Waziristan district, in which seven Pakistan Army soldiers embraced martyrdom, according to the military.

According to the ISPR, a clearance operation is currently under way in the Isham area of North Waziristan to remove any militants. “The Pakistan Army is committed to eradicating the threat of terrorism, and such ultimate sacrifice by our gallant warriors strengthen our determination,” the statement continued.

Meanwhile, during an exchange of fire with militants in the district on Thursday, a Pakistan Army soldier accepted martyrdom.

The ISPR claims that forces successfully targeted the terrorists’ location. “However, after a fierce exchange of fire, Sepoy Asmatullah Khan embraced shahadat,” the statement continued.

During a shootout between security personnel and terrorists in the South Waziristan district on Tuesday, a Pakistan Army officer and a soldier accepted martyrdom.

During an intelligence-based operation (IBO) conducted by security personnel in Singi, near Mashkai in Balochistan, two soldiers were martyred and an officer was injured last week.

According to the ISPR, security personnel carried out an operation in the area on the night of April 7 and 8 in response to reports of terrorists in the area.

“Two heroic sons of the soil, Naik Tajwali and Sepoy Osama, accepted Shahadat during the operation, while one officer was injured,” the military’s media wing stated.