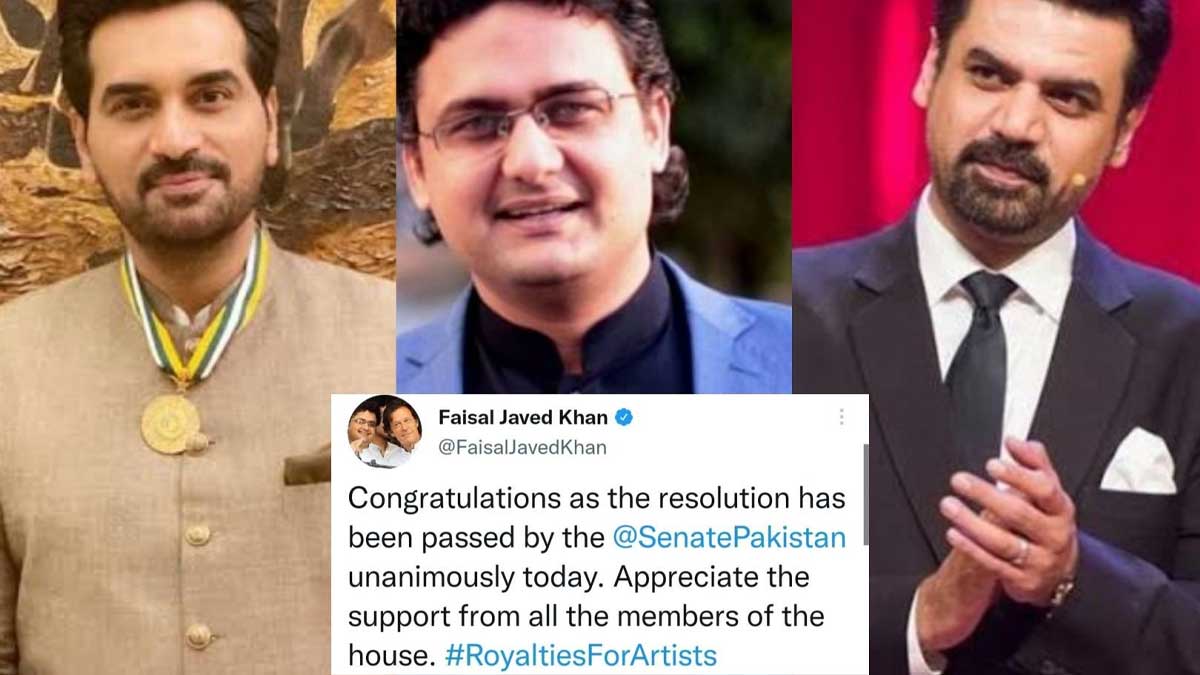 On Monday, the Senate passed a resolution on royalties for Pakistani artists, the resolution was introduced by Senator Faisal Javed Khan.

After introducing the resolution guaranteeing royalties for artists in parliament, Senator Faisal Javed Khan announced on Twitter that it had been passed unanimously by the Senate. Khan, Chairman Standing Committee on Info and Broadcasting, wrote in a tweet alongside an article announcing his intention of introducing the resolution, “Congratulations as the resolution has been passed by the @SenatePakistan unanimously today. Appreciate the support from all the members of the house. #RoyaltiesForArtists”

Khan told the media that he had started working on the matter back in April but had to wait in order to compile the feedback from the artist community and their lawyers. “Actors are given royalties worldwide. If we don’t change the working environment of our artists or change the way they live, then we will have killed creativity ourselves,” he said.

Read more: Artists welcome the increase in the Artists Welfare Fund by Govt

Celebrities cheer on Senator Faisal Javed Khan as Actor Humayun Saeed tweeted, “Congratulations to TV/Film fraternity. Senate Pakistan has unanimously passed [a] resolution with the objective to empower [the] Copyright Board to fix royalties for licensing and assignment of work and ensure payments to artists. Thank you, members of the house.”

“Finally! It was due since a long time,” wrote actor Adnan Siddiqui on Twitter. “Our artists deserve security and due recognition of their work.”

Actor Mikaal Zulfiqar who was one of the first artists to raise the call for royalties was delighted with the decision and shared his thoughts on Instagram. “Biggest news for media industry in years. Thank you Faisal Javed Khan for giving us our due right. This will benefit so many. The industry as a whole will prosper. Big thank you to the Senate for passing the royalties bill. Thank you to everyone who unconditionally supported this process.”