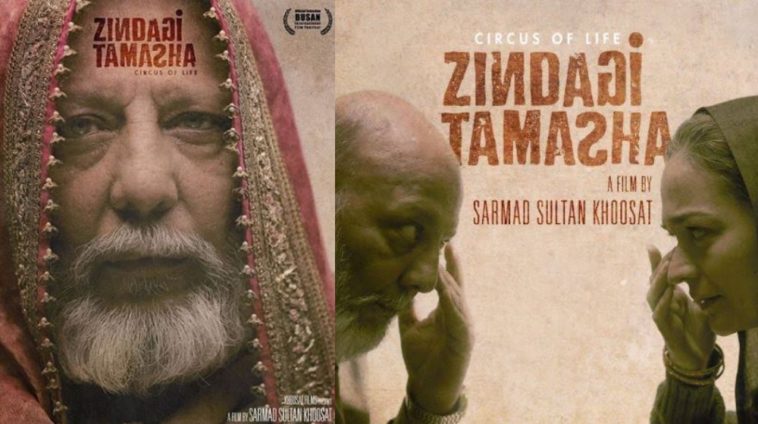 The Senate Committee for Human Rights has approved the release of Sarmad Khoosat’s film Zindagi Tamasha after the movie received criticism regarding its content.

Sarmad Khoosat’s film was all set to be released at the start of this year but due to pressures, it was put on hold.

On January 16, members of the religious political party Tehreek-e-Labbaik Pakistan raised objections on the film’s content and TLP announced a countrywide strike if the film was released.

Sarmad Khoosat and his family also revealed that they received threats and been bullied on many occasions.

However, the Human Rights Committee of the Senate has passed the movie for airing and terminated all doubts raised about the movie content.

Mustafa Nawaz Khokhar the Pakistan People’s Party senator lead the panel and said on Twitter that the committee did not found anything wrong doing in the film, the filmmakers have all the support from the senate committee to release the movie after COVID-19 pandemic.

Senate HR committee has unanimously agreed with Censor board’s decision to allow screening of movie “zindagi tamasha”. We’ve found nothing wrong with it. Censor board has our go ahead to release post Covid. Detail reasoning to follow later.

The leading role of the Zindagi Tamasha is played by Rahat (Arif Hasan) who was a respected Naat reciter based in the old city of Lahore. A pious Muslim who acquired a massive following. The followers believe that Rahat is error-free and no wrongdoing shall happen from his hands.

However, a social media clip raised an error committed by him and everyone believes that there is no forgiveness for him now. The other main character of the film is Samiya Mumtaz, Eman Suleman, Ali Qureshi, and Imran Khoosat.

The releasing date will be announced when the revival of cinema starts in the country.