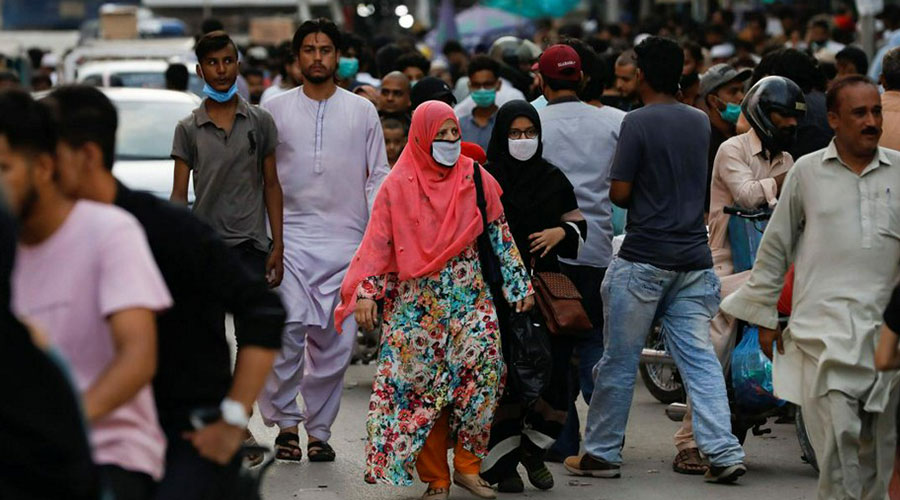 Pakistan records the lowest single-day Covid-19 positive cases as well as death toll since the mid of May. In the last 24 hours, 1,013 new coronavirus cases and 40 deaths were reported.

According to the official statistics, Pakistan on Tuesday reported around 1,000 new cases of the novel coronavirus which is the lowest daily figure in the last three months.

On May 14, Pakistan reported only 490 positive cases and after that the surge started but now a significant decline in cases is on display.

With the new 1,013 new cases reported during the last 24 hours, the total number of infections reached 266,096. Nearly 70% of patients or 208,030 of them fully recovered and 1,481 of them in critical condition, according to the Health Ministry data.

With the addition of deaths of 40 patients across the country, the country’s death toll reaches 5,639.

Health experts, however, fear that the sharp fall in the cases could be the result of fewer tests. During the last 24 hours, a total of 17,783 tests were conducted which were over 32,000 daily tests during the last month.

The country is currently following a strategy of smart lockdown in scores of hotspots that are identified and then the areas are put under a temporary lockdown.

The smart policy helped the country to efficiently tackle the pandemic as evident from the decline of coronavirus in the twin cities if Rawalpindi and Islamabad.

The fear of Eidul Azha festival

Despite Pakistan reporting lowest COVID-19 cases and an apparent decline in deaths and cases, the health officials and the government not breathing a sigh of relief because 10 days from now, the nation will celebrate Eidul Adha.

The annual festival is the Muslim holiday of sacrifice and the fear is that the countrymen will flout the SOPs and not follow safety precautions while heading to millions of crowded livestock markets, family gatherings, shopping bazaars, mosques, and ritual animal slaughtering.